Manchester attack: British police ‘not sharing information with US’

Shares
British police investigating the Manchester Arena bomb attack have stopped sharing information with the US after leaks to the media, the BBC understands. 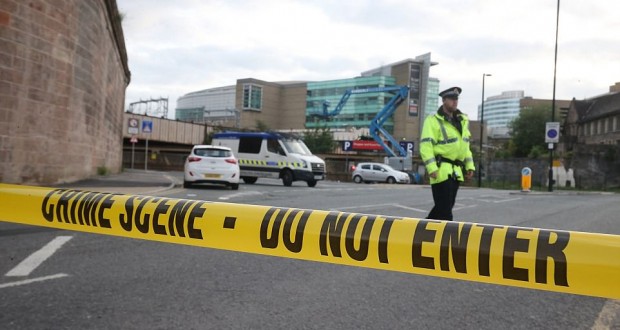 UK officials were outraged when photos appearing to show debris from the attack appeared in the New York Times, according to the BBC.

It came after the name of bomber Salman Abedi was leaked to US media 24 hours after the attack, which killed 22 – including children – and injured 64.

Theresa May is to raise concerns with Donald Trump at a Nato meeting later.

In total eight men are now in custody following the attack, carried out by Manchester-born Abedi, a 22-year-old from a family of Libyan origin.

It has also emerged two people who had known Abedi at college made separate calls to a hotline to warn the police about his extremist views.

Home Secretary Amber Rudd had said she was “irritated” by the disclosure of Abedi’s identity against the UK’s wishes and had warned Washington “it should not happen again”.

However, the pictures of debris – which appear to show bloodstained fragments from the bomb and the backpack used to conceal it – were subsequently leaked to the New York Times, prompting an angry response from within Whitehall and from UK police chiefs.

BBC security correspondent Gordon Corera says UK officials believe that US law enforcement rather than the White House is the likely culprit for the leaks.

A Whitehall source described the second US leak as “on another level”, and told the BBC it had caused “disbelief and astonishment” across the British government.

Seven people were arrested as part of the inquiry into the atrocity – including Salman Abedi’s two brothers and father. Greater Manchester police have said it is ‘very clear’ they are investigating ‘a network’ linked to the bomber.