Shares
A Russian fighter jet recently conducted an "unprofessional" intercept of a US KC-10 tanker aircraft in the skies over Syria, prompting Russian officers to apologize, Lt. Gen. Jeffrey Harrigian told reporters at the Pentagon Wednesday. 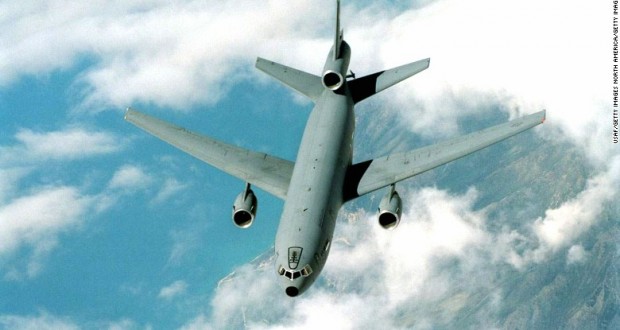 A US military official told CNN that the incident took place approximately two weeks ago and that the Russian fighter had performed a “barrel roll” over the US plane. The official added that the US assesses the pilot was acting on his own initiative in performing the action.

Harrigian, who oversees US air forces in the region, said that the Russians apologized for that particular incident after the coalition communicated its displeasure about the unprofessional intercept.

“We had one incident where there was an intercept they ran that I would categorize as unprofessional, and we called them on it and expressed our concern,” Harrigian said, adding, “they came back, quite frankly, and apologized for that particular intercept.”

Despite the intercept, Harrigian said the coalition had been effectively de-conflicting with the Russians, saying that it was the only incident in recent months where there were any “issues.”

“We have found ways to appropriately de-conflict to allow us to continue our mission,” Harrigian said, adding, “I think that it’s important to highlight that the Russians are understanding of what we’re trying to do.”

The incident comes as Harrigian said that de-confliction efforts with the Russians have ramped up given the “tighter airspace” and need to avoid “strategic miscalculation” in Syria.

While targeting different groups on the ground, US-led coalition, Russian and regime aircraft have recently found themselves operating in increasingly close proximity in eastern Syria as the battle on the ground there has intensified.

The US military is prohibited by law from coordinating directly with the Russian military, but given the increased pace and scale of military operations in Syria, the US and Russia have sought ways to ensure that their respective personnel are not targeted by mistake, setting up a series of “de-confliction zones” that would delineate areas of operation for the coalition and the Russian forces.

“I’m ever-cognizant of the need to avoid an action that could result in a strategic miscalculation,” Harrigian told reporters on a video teleconference call from Baghdad.

“We have had to increase the amount of de-confliction work we’re doing with the Russians given the tighter airspace,” he added.

The three-star general also acknowledged that he has personally piloted an F-22 fighter jet over Syria as part of an effort to get a better understanding of what he called “a complex, dynamic environment for air operations.”