Shares
The murder of Kim Jong-nam, the half brother of North Korea's leader, is likely to go down as one of the most notorious in history. Two women are now facing trial in Malaysia for it. 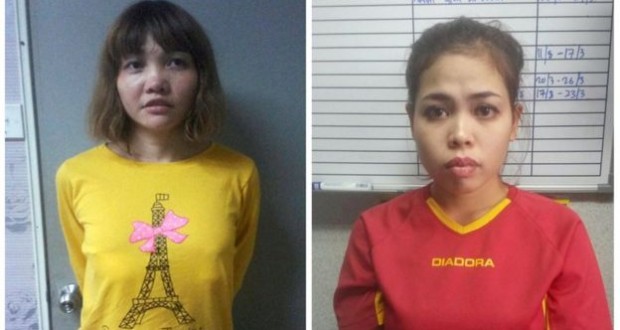 The women are Indonesian Siti Aisyah, 25, and Vietnamese national Doan Thi Huong, 28 and they are set to appear at a court in Kuala Lumpur on Tuesday, according to the BBC.

The CCTV footage from the departure lounge of Malaysia’s Kuala Lumpur International Airport is unforgettable. A middle-aged man is approached from behind by two women who execute the most peculiar of manoeuvres, apparently wiping his face with vigour.

Authorities say that was the moment that VX nerve agent, a deadly substance banned by the UN as a weapon of mass destruction, was used to murder Kim Jong-nam.

As the women bounded up to Mr Kim, they were being watched by a group of seated North Korean men, thought to have been their “handlers”, who subsequently boarded flights to various destinations.

Ms Aisyah and Ms Huong, meanwhile, were swiftly arrested, accused of carrying out this crime, although not planning it. They insist they thought it was all just a TV prank and made no plea when presented in court. But this is a crime that can carry the death sentence.

It should be recalled that North Korea accused the US and South Korea of attempting to assassinate leader Kim Jong Un with a “bio-chemical substance.”