Home / World / NASA fast-tracks mission to asteroid worth $10,000 quadrillion – which would crash the world economy

NASA fast-tracks mission to asteroid worth $10,000 quadrillion – which would crash the world economy

Shares
NASA has fast-tracked a mission to an asteroid so full of metallic iron and nickel that it’s worth $10,000 quadrillion – and would crash Earth’s economy instantly. 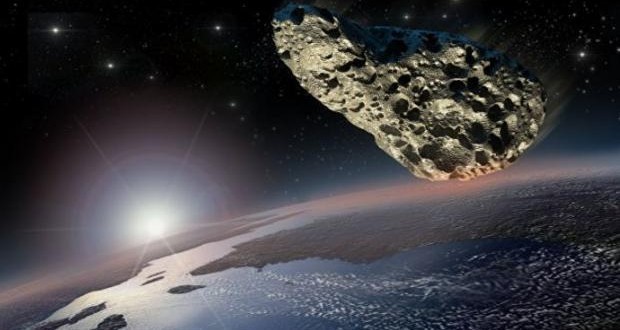 The 124-mile wide Psyche asteroid contains so much metal it would alter life on Earth permanently if we could drag it back here, according to Metro.

NASA’s Psyche mission is now set to launch in 2022 – and will target a metal-rich asteroid known as 16 Psyche, arriving in 2026.

American companies such as Planetary Resources – backed by Titanic director James Cameron – are already planning to send robotic vehicles to mine precious metals and rare resources from asteroids.

Planetary Resources describes asteroids as ‘the low-hanging fruit of our solar system,’ and says, ‘a single 500-metre platinum-rich asteroid contains more platinum than has been mined in the history of humanity.’

Psyche principal investigator Lindy Elkins-Tanton of Arizona State University in Tempe said earlier this year that the 124-mile wide asteroid would be worth the astronomical sum if we could somehow drag it back to Earth.

Elkins Tanton said, ‘Even if we could grab a big metal piece and drag it back here … what would you do?

‘Could you kind of sit on it and hide it and control the global resource – kind of like diamonds are controlled corporately – and protect your market? What if you decided you were going to bring it back and you were just going to solve the metal resource problems of humankind for all time? This is wild speculation obviously.’

The Psyche mission will explore one of the most intriguing targets in the main asteroid belt – a giant metal asteroid, known as 16 Psyche, about three times farther away from the sun than is the Earth.

This asteroid measures about 130 miles in diameter and, unlike most other asteroids that are rocky or icy bodies, is thought to be comprised mostly of metallic iron and nickel, similar to Earth’s core.

Scientists wonder whether Psyche could be an exposed core of an early planet that could have been as large as Mars, but which lost its rocky outer layers due to a number of violent collisions billions of years ago.

The mission will help scientists understand how planets and other bodies separated into their layers – including cores, mantles and crusts – early in their histories.

‘This is an opportunity to explore a new type of world – not one of rock or ice, but of metal,’ said Psyche Principal Investigator Lindy Elkins-Tanton of Arizona State University in Tempe. ‘16 Psyche is the only known object of its kind in the solar system, and this is the only way humans will ever visit a core. We learn about inner space by visiting outer space.’