Shares
An Australian fisherman has described how a 200kg (440lb) great white shark leapt into his boat, knocking him over and lacerating his arm. 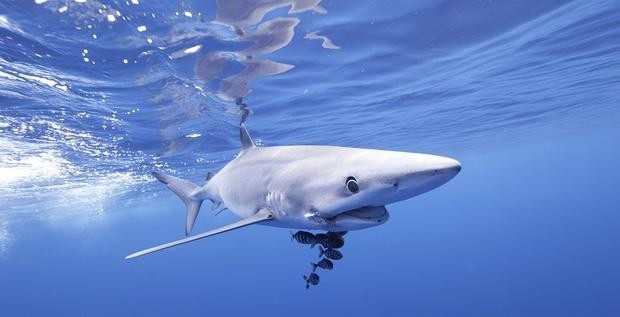 Terry Selwood, 73, had dropped a line at his “usual spot” at Evans Head in New South Wales when the animal launched itself out of the water, according to the BBC.

He said the 2.7m (8.8ft) shark landed in the boat, which measured about 5m, and grazed him with its pectoral fin. 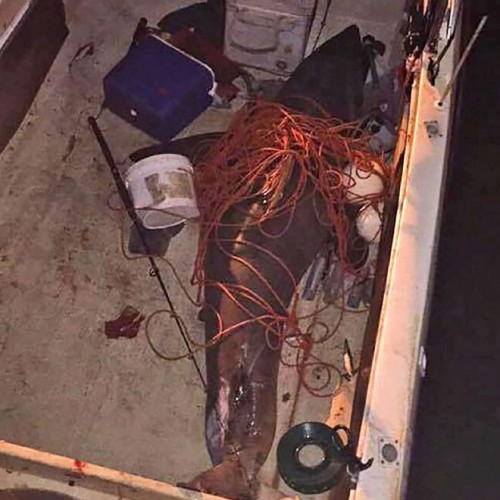 Mr Selwood was rescued after radioing for help.

“I was losing a fair amount of blood, I was stunned, I couldn’t register what happened and then I thought, ‘oh my God, I’ve got to get out of here,'” he told the Australian Broadcasting Corp (ABC).

“There I was on all fours and he is looking at me and I am looking at him, and then he started to do the dance around and shake and I could not get out quick enough.”

Bill Bates, a member of Marine Rescue Evans Head, said his crew found Mr Selwood standing on the side of the boat covered in blood.

“We offloaded the owner into our boat and gave him immediate first aid and stabilised the bleeding,” he told the BBC.

“It was a 5m boat so you can imagine there was no more room for people when the shark was in there.”

The crew brought Mr Selwood to shore following the incident on Saturday, and he was taken to hospital. He has since gone home.

New South Wales fishing authorities said the animal would undergo an autopsy, which was standard practice for “any deceased shark in good condition”.

“This enables us to take tissue and blood samples for ongoing science and research purposes,” a Department of Primary Industries spokeswoman said.

Mr Selwood said it was his most dramatic shark encounter in 60 years of fishing.

“I think next time I might find a crocodile to wrestle, just to stay in the limelight,” he said.