Shares
Denmark's most famous landmark, "The Little Mermaid", has been doused in red paint by anti-whaling activists. 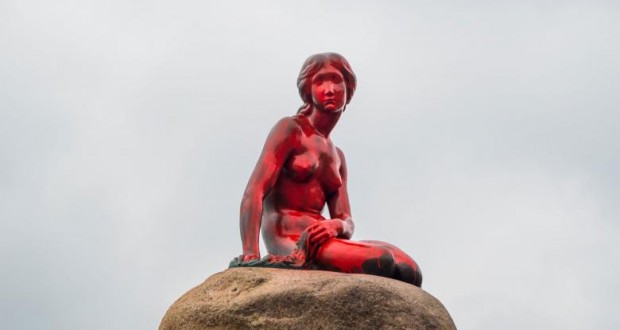 “Danmark defend the whales of the Faroe Islands” was written in English on the ground in front of the sculpture, using the Danish spelling for the country, according to Reuters.

Whaling close to shore is permitted in the islands, which lie between the mainland and Iceland and are a self-governing part of Denmark.

Danish police told Reuters they were investigating the incident as vandalism but did not know the identity of those responsible yet.

The statue, which depicts the little mermaid from Danish author Hans Christian Andersen’s tale by the same name, has been damaged several times including being decapitated twice.