Shares
Three quarters of patients with a wide variety of advanced cancers responded to a Loxo Oncology Inc therapy that targets a specific genetic defect, according to data from a small study presented on Saturday at the year's most important oncology meeting. 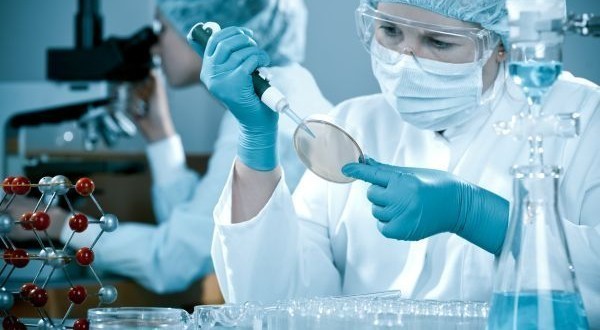 The drug, larotrectinib, directly targets an acquired rather than inherited genetic defect called TRK fusions. In such patients, TRK genes abnormally attach to other genes, triggering accelerated cancer cell growth, according to Reuters.

If approved, the oral therapy would mark a major step toward treatment based on a patient’s or the cancer’s genetic traits rather than whether the disease originated in the lung, breast or elsewhere.

Merck & Co’s immunotherapy Keytruda last month became the first cancer drug to win U.S. approval based on specific genetic biomarkers regardless of the site of the original tumor.

“This is a real breakthrough,” said Hyman, who presented the data at the American Society of Clinical Oncology meeting in Chicago. He said the response rate exceeded expectations. “These are people who had no hope by and large.”

Researchers have yet to determine other key benchmarks of performance, including median overall survival, progression-free survival or duration of response as most patients were still alive and responding after one year.

Nearly all responders remained on the drug or received potentially curative surgery, with the longest ongoing response out to 25 months so far.

Loxo expects to apply late this year or early next for U.S. approval. The Food and Drug Administration granted larotrectinib its breakthrough designation, given to medicines it deems potentially important advances in serious diseases.

Up to 5,000 U.S. patients a year are diagnosed with the TRK defect, but Hyman said there could be more if testing becomes more common. Comprehensive genetic testing can detect TRK fusion and more specific tests are being developed.

Pediatric patients in the trial had a type of cancer called infantile fibrosarcoma, a disease with a high rate of TRK fusion. In some cases it can be cured with amputations or other disfiguring surgeries.

Researchers found that after treatment with larotrectinib, less radical limb-sparing surgery may be an option.

They were particularly struck by the drug’s lack of toxicity. No patients discontinued treatment due to side effects.

“This is a safety profile that feels to me more like a drug for a chronic medical condition like high blood pressure than a cancer therapy,” Hyman said.