Shares
A photo of victims fleeing the horrific attack in London Bridge has become a surprising symbol of Londoners’ resilience. 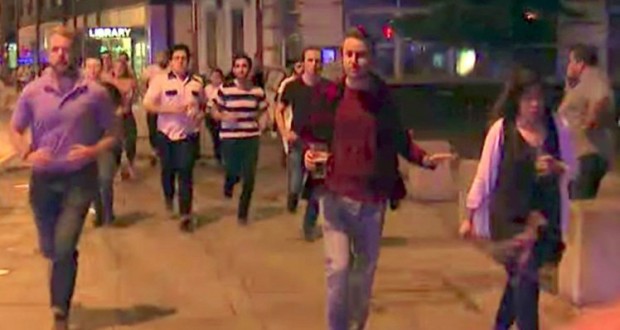 This is because one of the people caught up in the attack, part of a crowd running away from the scene, is holding his pint, according to Metro.

The unnamed man managed to run down the road clutching his drink, without spilling even a drop.

Another said it was only natural, given how expensive drinks are in London.

Evacuate? Well, OK. But this beer cost £6 a pint. I’m taking it with me. #LondonBridge pic.twitter.com/luPkuZxin6

Because not even terrorists can break Londoners’ spirit (and love of a good pint).

People in the city have woken up to the horrific news that terrorists ploughed a white van into pedestrians on London Bridge at 10.08pm last night.

After driving into the crowd, the attackers went to Borough Market and went from bar to bar, stabbing people with a 12-inch hunting knife.

At least seven people have died and 48 are seriously injured after the attack.

British Prime Minister Theresa May called on Sunday for a stronger response to Islamist extremism after three attackers drove a hired van into pedestrians on London Bridge and stabbed others nearby, killing seven people and injuring 48.