Shares
Two of the men who carried out Saturday night's terror attack in London have been named by police. 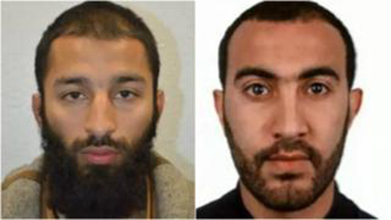 Scotland Yard said Khuram Butt, 27, from Barking, east London. was known to police and MI5 but there was no intelligence to suggest an attack, according to the BBC.

The other attacker was named as Rachid Redouane, 30, from Barking.

The pair and one other man were shot dead by police after killing seven people and injuring 48.

They drove their hired van into pedestrians on London Bridge before stabbing people in the area around Borough Market.

A vigil is being held at Potters Field Park near London Bridge to remember the victims.

NHS England said 36 people remained in hospital, with 18 in a critical condition.

The Met Police said Butt was a British citizen born in Pakistan, while Redouane claimed to be Moroccan-Libyan.

He also used the name Rachid Elkhdar, claiming to be six years younger.

Assistant Commander Mark Rowley said: “Inquiries are ongoing to confirm the identity of their accomplice.”

He added: “Work is ongoing to understand more about them, their connections and whether they were assisted or supported by anyone else.”

The vigil began as a sombre and quiet gathering under the trees in Potters Field Park, where people stood in quiet contemplation looking out over the Thames.

So many did not have the words to describe how they were feeling but spoke of their desire to stand together with others and show love.

London Mayor Sadiq Khan’s speech roused the quiet crowd of thousands into hearty applause of agreement when he spoke of his disgust of – and defiance at – the horror of Saturday’s events.

After a minute’s silence, many went forward to lay flowers beneath the flagpoles of City Hall and lingered to speak with one another.

It was a dignified show of solidarity and strength in the face of fear and hate.

Six women and four men arrested by police after the attack are still being questioned, police said.

Canadian national Chrissy Archibald, 30, is the first victim to be named. Her family said she died in her fiancé’s arms after being struck by the speeding van. 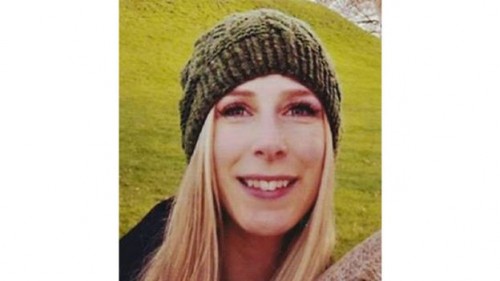 Canadian national Chrissy Archibald, 30, is the first victim to be named. Photo: Reuters.

A French national was also killed in the attack, according to foreign minister Jean-Yves Le Drian.

The family of 32-year-old James McMullan, from London, said he is believed to be among those who died after his bank card was found on a body at the scene.