Shares
US investigators believe Russian hackers breached Qatar's state news agency and planted a fake news report that contributed to a crisis among the US' closest Gulf allies, according to US officials briefed on the investigation. 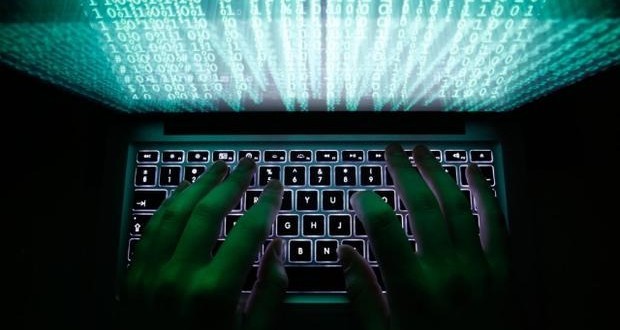 The FBI recently sent a team of investigators to Doha to help the Qatari government investigate the alleged hacking incident, Qatari and US government officials say, according to CNN.

Intelligence gathered by the US security agencies indicates that Russian hackers were behind the intrusion first reported by the Qatari government two weeks ago, US officials say. Qatar hosts one of the largest US military bases in the region.

The alleged involvement of Russian hackers intensifies concerns by US intelligence and law enforcement agencies that Russia continues to try some of the same cyber-hacking measures on US allies that intelligence agencies believe it used to meddle in the 2016 elections.

US officials say the Russian goal appears to be to cause rifts among the US and its allies. In recent months, suspected Russian cyber activities, including the use of fake news stories, have turned up amid elections in France, Germany and other countries.

It’s not yet clear whether the US has tracked the hackers in the Qatar incident to Russian criminal organizations or to the Russian security services blamed for the US election hacks. One official noted that based on past intelligence, “not much happens in that country without the blessing of the government.”

The FBI and CIA declined to comment. A spokeswoman for the Qatari embassy in Washington said the investigation is ongoing and its results would be released publicly soon.

The Qatari government has said a May 23 news report on its Qatar News Agency attributed false remarks to the nation’s ruler that appeared friendly to Iran and Israel and questioned whether President Donald Trump would last in office.

“Whatever has been thrown as an accusation is all based on misinformation and we think that the entire crisis being based on misinformation,” the foreign minister told CNN’s Becky Anderson. “Because it was started based on fabricated news, being wedged and being inserted in our national news agency which was hacked and proved by the FBI.”

Sheikh Saif Bin Ahmed Al-Thani, director of the Qatari Government Communications Office, confirmed that Qatar’s Ministry of Interior is working with the FBI and the United Kingdom’s National Crime Agency on the ongoing hacking investigation of the Qatar News Agency.

“The Ministry of Interior will reveal the findings of the investigation when completed,” he told CNN.

Partly in reaction to the false news report, Qatar’s neighbors, led by Saudi Arabia and the United Arab Emirates, have cut off economic and political ties, causing a broader crisis.

The report came at a time of escalating tension over accusations Qatar was financing terrorism.

On Tuesday, Trump tweeted criticism of Qatar that mirrors that of the Saudis and others in the region who have long objected to Qatar’s foreign policy. He did not address the false news report.

“So good to see the Saudi Arabia visit with the King and 50 countries already paying off,” Trump said in a series of tweets. “They said they would take a hard line on funding extremism, and all reference was pointing to Qatar. Perhaps this will be the beginning of the end to the horror of terrorism!”

In his tweet, Trump voiced support for the regional blockade of Qatar and cited Qatar’s funding of terrorist groups. The Qataris have rejected the terror-funding accusations.

Hours after Trump’s tweets, the US State Department said Qatar had made progress on stemming the funding of terrorists but that there was more work to be done.

US and European authorities have complained for years about funding for extremists from Saudi Arabia and other nations in the Gulf region. Fifteen of the 19 9/11 hijackers were Saudi citizens.

Last year during a visit to Saudi Arabia, Obama administration officials raised the issue of Saudi funding to build mosques in Europe and Africa that are helping to spread an ultra-conservative strain of Islam.

US intelligence has long been concerned with what they say is the Russian government’s ability to plant fake news in otherwise credible streams, according to US officials.

That concern has surfaced in recent months in congressional briefings by former FBI Director James Comey.

Comey told lawmakers that one reason he decided to bypass his Justice Department bosses in announcing no charges in the probe of Hillary Clinton’s private email server was the concern about an apparent fake piece of Russian intelligence. The intelligence suggested the Russians had an email that indicated former Attorney General Loretta Lynch had assured Democrats she wouldn’t let the Clinton probe lead to charges.

The FBI came to believe the email was fake, but still feared the Russians could release it to undermine the Justice Department’s role in the probe.