Home / World / Do we live in a hologram? Video reveals controversial theory

Do we live in a hologram? Video reveals controversial theory 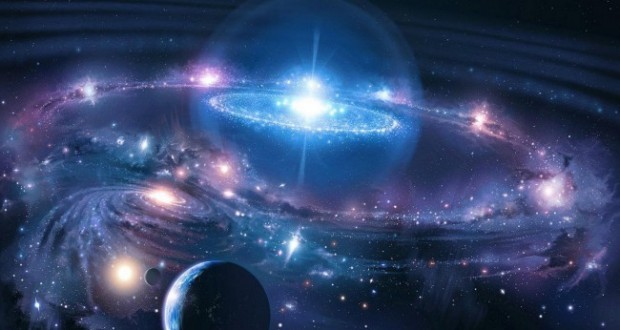 There are some who believe that our universe is a massive hologram, in which 3-D reality as we know it exists within a two-dimensional boundary, Joinfo.com reports with reference to MailOnline.

While it may seem radical, the idea has recently regained traction, after a study published earlier this year found that deviations in the universe’s radiation ‘baby picture’ could be predicted using the holographic principle.

Essentially, it would mean that the world around us is a complex projection – and, as the workings of the cosmos still largely remain a mystery, the findings are an ‘important step forward’ in figuring out the truth, a new Life Noggin video explains. 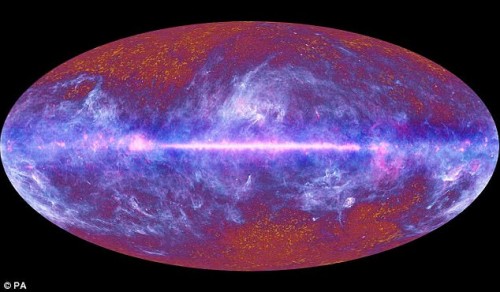 In the ground-breaking study published this past January, researchers analyzed deviations in the universe’s Cosmic Microwave Background. The CMB (yellow, in the image above) is the relic radiation left over from the Big Bang – but, it’s not entirely uniform, the video explains

The idea that our universe is a ‘very complex hologram’ was first proposed in the 1990s by theoretical physicists Gerard t’Hooft and Leonard Susskind.

Despite progress over the last century, including recent breakthroughs in support of the Standard Model and Einstein’s General Theory of Relativity, there are still gaps in our understanding of the universe.

‘A big problem physicists are trying to solve is how to unify quantum mechanics, which deals with the very small,’ the video explains.

‘And gravity, which deals with the very large. And some think that the holographic principle may be what helps solve that problem.

‘Basically, this principle states that all of the information about a volume of space can be thought of as encoded on a two-dimensional boundary for that reason.’

This would mean that the 3D universe is an expression of the information encoded in the 2D boundary, much like holograms or even 3D movies that exist today.

While we are able to experience objects that have height, width, and depth, these are really projections from a 2D surface.

A similar phenomenon would apply in the case of a holographic universe.

In the ground-breaking study published this past January, researchers analyzed deviations in the universe’s Cosmic Microwave Background.

The CMB is the relic radiation left over from the Big Bang – but, it’s not entirely uniform, the video explains.

In the study, the researchers from the University of Southampton, along with colleagues in Canada and Italy found that these deviations could be explained by the holographic principle.

‘I do think we live in a hologram, and I think if we move forward in time, say 50 years from now, then physics will look very different in the same way that physics from the 20th century now looks different,’ Professor Skenderis of mathematical sciences at the University of Southampton, told MailOnline when the study was released.

While many remain skeptical, the findings are said to be the first observational evidence in support of the hologram scenario.

But, it’s far too early to say if this is really what’s driving our universe.

‘Now this is not enough to definitely say that the holographic principle is true, but it is certainly an important step forward,’ according to Life Noggin.

‘But if one thing is for sure, we definitely need some more research.’

Read also: Neil deGrasse Tyson thinks our universe may be just a simulation