Shares
North Korea fired what appeared to be several land-to-ship missiles off its east coast on Thursday, South Korea's military said, a day after the South postponed full deployment of a controversial U.S. anti-missile system designed to deter a North Korean attack. 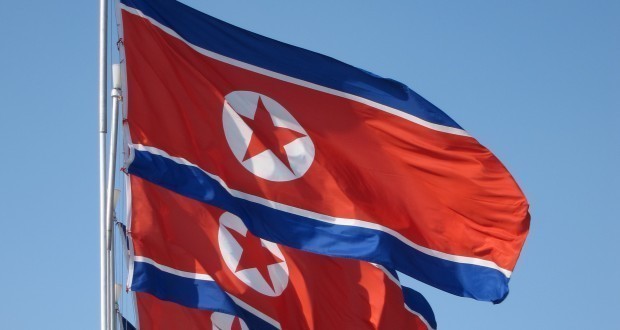 The launches, the latest in a fast-paced series of missile tests defying world pressure to rein in its weapons program, come less than a week after the United Nations Security Council passed fresh sanctions on the reclusive state, according to Reuters.

South Korea on Wednesday said it will hold off on installing remaining components of the U.S. Terminal High Altitude Area Defense (THAAD) system that has angered North Korea’s main ally, China, amid early signs of easing tensions between the two countries.

The missiles were launched Thursday morning from the North Korean coastal city of Wonsan and flew about 200 km (124 miles), South Korea’s Office of Joint Chiefs of Staff said in a statement.

Under third-generation leader Kim Jong Un, North Korea has been conducting missile tests at an unprecedented pace in an effort to develop an intercontinental ballistic missile (ICBM) capable of hitting the mainland United States.

Compared to the different types of ballistic missiles Pyongyang has recently tested, the missiles launched on Thursday are considered to be more defensive in nature, designed to defend against threats such as enemy warships.

North Korea unveiled a number of new weapons at a massive military parade on April 15 to mark the birth anniversary of the state’s founding leader and has since tested some of them.

“What appeared to be a new type of land-to-ship missile equipped with four launching canisters was unveiled at the parade,” said Kim Dong-yub, a military expert at Kyungnam University’s Far Eastern Studies in Seoul. “I think this might be what was used today.”

Thursday’s launch is the fourth missile test by North Korea since South Korean President Moon Jae-in took office on May 10 pledging to engage in dialogue with Pyongyang. Moon says sanctions and pressure alone have failed to resolve the growing threat from the North’s advancing nuclear and missile program.

Moon had also promised to review the deployment of the THAAD system in South Korea, a decision that was made by the government of his conservative predecessor, Park Geun-hye. On Wednesday, Moon’s office said installation of four additional launchers would be halted until an assessment of the system’s impact on the environment was completed.

Two launchers of the full six-launcher THAAD battery, as well as the system’s far-reaching radar that China worries could upset the regional security balance, have already been installed at a deployment site in the southeastern city of Seongju. The elements will stay in place, South Korea said.

The introduction of the THAAD system has sparked protests in South Korea and a backlash in China against South Korean business interests.

The Global Times, published by China’s official People’s Daily, said in an editorial that no matter the outcome of the environmental study, South Korea’s announcement could reduce friction.

“Obviously, the pressure China puts on South Korea has taken effect. Seoul’s will has been shaken,” the paper said. “However, attitude is not everything. Without solving the problem of THAAD, the pain it has brought to bilateral relations will not disappear, and South Korea must swallow some of the bitter results.”

China should work with Russia on counter-measures to THAAD, the Global Times added.

There was no immediate official reaction from China to the latest missile test.

U.S. President Donald Trump has been pressing China aggressively to rein in North Korea, warning that all options, including a pre-emptive military strike, are on the table if Pyongyang persists with its nuclear and missile development.

Seoul, Tokyo and Washington were analyzing the launches for further information, officials said.

“By testing different types of missiles, North Korea also appears to be aiming to secure the upper hand in relations with South Korea and the United States.”

The isolated country, which has conducted dozens of missile tests and tested two nuclear bombs since the beginning of 2016 in defiance of U.N. Security Council resolutions, says the program is necessary to counter U.S. aggression.