Shares
Sugary drinks will be phased out of vending machines, cafes and catering services in New South Wales (NSW) health facilities by December as the Australian government attempts to reduce obesity rates. 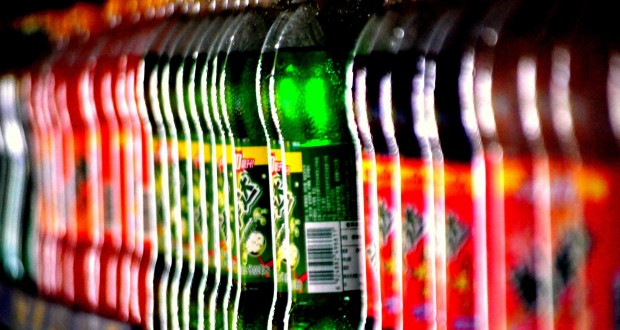 NSW Health said healthier options would be offered, as drinks with no nutritional value — mainly fizzy drinks — will be gone by December, according to abc.net.au.

The move is part of a wider strategy aimed at staff.

NSW Health chief health officer Kerry Chant said the department would increase the availability of healthy foods and drinks to at least 75 per cent of what was offered.

“We are working toward a 5 per cent reduction in overweight and obesity rates in adults by 2020, and there’s no better way to start than right here on our own doorstep,” Dr Chant said.

Some local health districts (LHDs) are already on a healthier path, Murrumbidgee LHD removed drinks in December with Western Sydney and Nepean Blue Mountains LHDs are in the process of removing sugary drinks.

In welcoming the initiative, lawyer with the George Institute for Global Health, Alexandra Jones, said it was about preventing illness not just treating it.

“Individuals are still free to bring these products into the premises if they wish, but it’s entirely appropriate that we shouldn’t be selling things that make people sick in a place where they come to get well,” Ms Jones said.

Professor of medicine and senior staff specialist in the Department of Endocrinology at St Vincent’s Hospital, Katherine Samaras, agreed healthier options are needed.

“Healthier choices are fundamental to good health and healthy food is some of the best medicine we can have,” Dr Samaras said.

The department said NSW was the first state to phase out sugary drinks.

The soft drink industry has called the policy a “nanny state approach” that will not solve the obesity problem.

“From the last Australian Health Survey, the department would know that soft drinks contribute less than 2 per cent of the average person’s daily kilojoule intake,” he said.

He described the plan as a “band-aid” solution adding the industry had been working with hospitals to ensure there was a range of choices including no kilojoule drinks.

“This means that the consumer gets to make their own choice, rather than have it imposed upon them by NSW Health,” Mr Parker said.

“We’re disappointed that NSW Health have never approached the Beverages Council to talk about what some options might be.”