Home / World / Madrid cracks down on ‘manspreading’ on public transport

Madrid cracks down on ‘manspreading’ on public transport

Shares
Transport chiefs in the Spanish capital, Madrid, have launched a campaign discouraging "manspreading" - men encroaching on other seats by sitting with their legs wide apart. 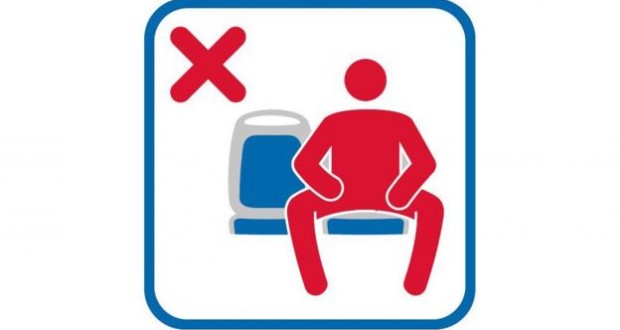 Bus operator EMT is putting up new signs showing a seated male figure, legs akimbo, next to a big red cross, according to the BBC.

A similar campaign is planned for the city’s Metro system.

The move follows an online petition by a women’s campaign group, which garnered more than 12,000 signatures.

Manspreading – which was accepted as a word in the online Oxford dictionary two years ago – is already discouraged in some other cities around the world. 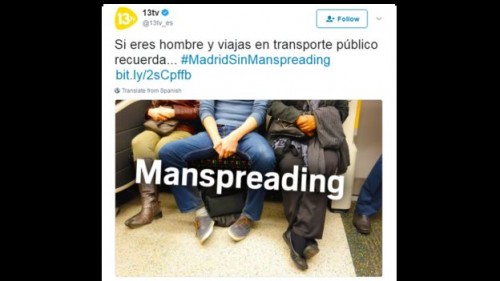 EMT said in a statement (in Spanish) that the aim of the new signs was to remind male travellers “of the need to maintain civic behaviour and to respect the space of everyone on board the bus”.

The women’s group Mujeres en Lucha (Women in Struggle) said in its online petition that it was not uncommon on public transport to see women “with their legs closed and very uncomfortable because there is a man next to her invading her space”.

In 2014, New York’s Metropolitan Transportation Authority decided to crack down on the manspreading scourge with signs on the city’s Metro that read: “Dude… stop the spread, please.”

The US city of Philadelphia also launched a “Dude, it’s Rude” campaign, while Seattle’s transport provider put up signs showing an octopus with its tentacles draped over bordering seats.