Home / World / Maria Sharapova will not play at Wimbledon tournament

Maria Sharapova will not play at Wimbledon tournament 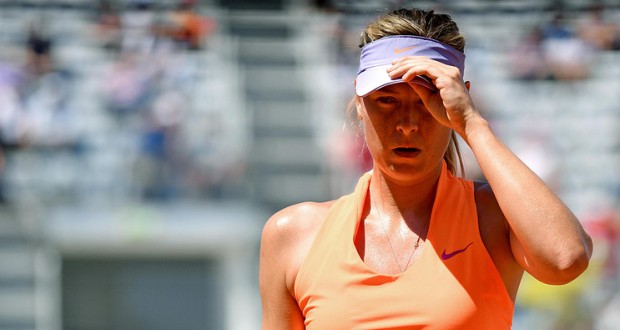 This spring, Sharapova resumed participation in tournaments after a 15-month disqualification for an instance of noncompliance with anti-doping rules.  But the Russian tennis player will not be able to take part in the WTA tournament in Birmingham and in the season’s third Grand Slam tournament at Wimbledon, according to TASS.

“After an additional scan, the muscle tear that I sustained in Rome will unfortunately not allow me to compete in the grass court tournaments I was scheduled to play,” Sharapova wrote.

“I want to thank the LTA for their amazing support on my return and providing me with a Birmingham wild card, a tournament which I hope many of you will be able to attend,” she indicated. “I look forward to meeting you there next year. I will continue to work on my recovery and my next scheduled tournament is in Stanford (July 31 to August 6).”

This spring, Sharapova resumed participation in tournaments after a 15-month disqualification for an instance of noncompliance with anti-doping rules. First, she got to the semi-final of the tournament in Stuttgart.

Plans suggested Sharapova would take part in the Wimbledon qualifying competition, as she did not ask the organizers for the wildcard that would open the doors to the main tournament for her.