Shares
This is French climber Alain Robert scaling one of Barcelona’s tallest buildings. 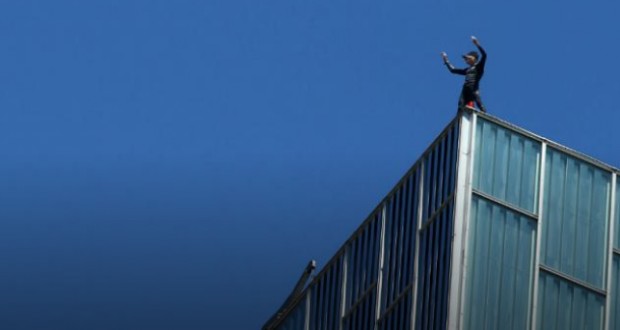 Robert, known as spiderman for his feats, climbed the Melia Barcelona Sky hotel on Monday.

It took him 20 minutes to climb the hotel, which stands 116 metres tall.

He was questioned by police on reaching the top, but he was released without charge.

Robert has climbed more than 130 tall buildings often without ropes or a safety net.

His challenges have included New York’s Empire State Building, the Eiffel Tower and the Petronas Towers in Malaysia.