Shares
Hundreds of people have fallen ill and a child has died of suspected food poisoning at a camp near the Iraqi city of Mosul. 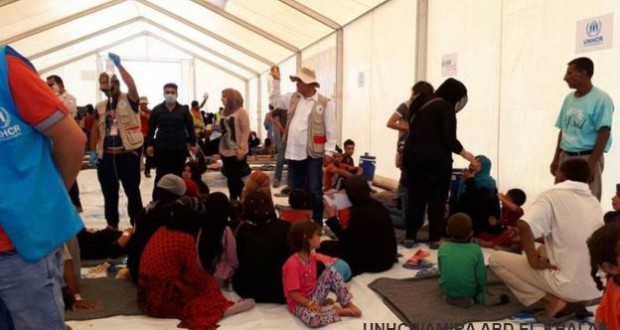 People were said to be vomiting and suffering dehydration after an iftar meal, to break the daily Ramadan fast, according to the BBC.

The Hasansham U2 camp, between Mosul and Irbil, houses people displaced by an Iraqi offensive to capture Mosul from so-called Islamic State (IS).

IS fighters are currently under heavy siege in the west of the city.

The UN refugee agency, UNHCR, said in a statement that around 800 cases had been recorded, 200 of whom were taken to hospital.

One woman receiving treatment told the agency: “We felt stomach pains as soon as we ate. We felt we couldn’t breathe and then saw that our neighbours were all suffering at the same time.”

Unconfirmed reports say a second person, a woman, has died.

The UNHCR said it was “extremely concerned” by the events at the camp.

“Staff have been working closely overnight to co-ordinate the response with other agencies and the relevant authorities… to ensure that those who have fallen ill were able to receive swift medical treatment and that the seriously sick were provided transport to nearby hospitals,” the statement said.

The food, containing beans, chicken and yoghurt, was prepared in a restaurant in Irbil and brought to the camp by a Qatari charity, Rudaw news agency added.

It quoted camp supervisor Rizgar Obed as saying that outside organisations had previously been banned from bringing in food, but the camp authorities had been forced “under great pressure” to change the regulations.

People are being treated in three hospitals in the area.

The restaurant owner has been arrested, Rudaw reported.

The camp is one of 13 built by the UNHCR in the Mosul area to cope with people fleeing from the city and surrounding villages.

Iraqi forces, backed by a US-led coalition, launched an offensive last October to recapture Mosul from IS.

They started an assault on the west of the city in February.

Fewer than 1,000 militants are now besieged in IS-controlled parts of the Old City and several adjoining northern districts, along with some 100,000 civilians.