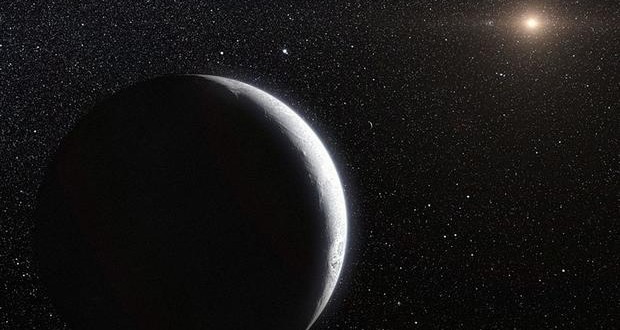 NASA is set to reveal the latest discoveries from its ongoing hunt for planets outside of our solar system, in an event next week that could ultimately help guide the search for alien life, according to Daily Mail.

While the space agency has disclosed little information about the findings, the new results from the Kepler mission are said to be ‘the most complete and reliable accounting of distant worlds to date.’

The Kepler mission has spotted thousands of confirmed exoplanets over the years, with 21 planets not much larger than Earth now known to exist in the habitable zone – and, the latest catalog will be the best look yet at possible alien worlds.

The briefing will take place at NASA’s Ames Research Center in Silicon Valley at 11 a.m. (EDT) on Monday June 19.

According to NASA, the new catalog is the result of ‘the most sophisticated analyses yet,’ by the Kepler mission, and will give rise to new lines of exoplanet research.

Scientists from the Astrophysics Division of NASA’s Science Mission Directorate, as well as the Search for Extraterrestrial Intelligence (SETI) Institute, University of Hawaii at Manoa, and Caltech will speak at the event on Monday as they reveal the latest planet candidate results.

The Kepler space telescope launched in 2009, in a major breakthrough in the search for Earth-sized planets outside of our solar system that may be in or near the habitable zone of their star.

The planets, which are all between 20 and 50 per cent larger than Earth by diameter, are orbiting the M dwarf star K2-72, found 181 light years away.

At the time, the researchers led by the University of Arizona said the possibility of life on planets around a star of this kind cannot be ruled out.

Since its launch, the Kepler mission has been plagued by several setbacks – but, it has still continued to spot new objects outside of our solar system.

In its initial mission, Kepler surveyed just one patch of sky in the northern hemisphere, measuring the frequency of planets whose size and temperature might be similar to Earth orbiting stars similar to our sun.

In the spacecraft’s extended mission in 2013, it lost its ability to precisely stare at its original target area, but a fix created a second life for the telescope.

After the fix, Kepler started its K2 mission, which has provided an ecliptic field of view with greater opportunities for Earth-based observatories in both the northern and southern hemispheres.

Because it covers more of the sky, the K2 mission is capable of observing a larger fraction of cooler, smaller, red-dwarf type stars.