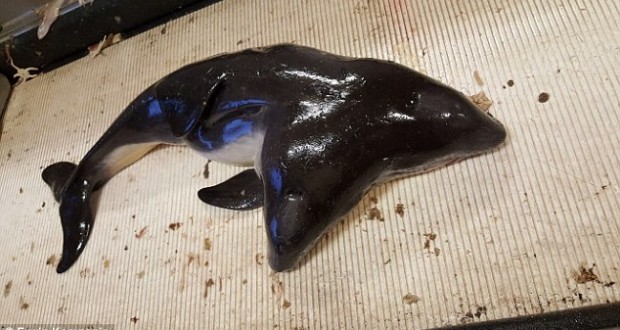 Fishermen off the coast of the Netherlands caught slightly more than they’d bargained, hauling in the world’s first conjoined twin harbour porpoises, Joinfo.com reports with reference to Daily Mail.

The bizarre creatures have one body and separate fully grown heads, in what is known as partial twinning.

Researchers hope that the finding will help to fill a huge gap in the understanding of twinning in aquatic mammals – something that has only been observed ten times worldwide.

Partial twinning is extremely rare in cetaceans – the group of aquatic mammals that includes dolphins, whales and porpoises. 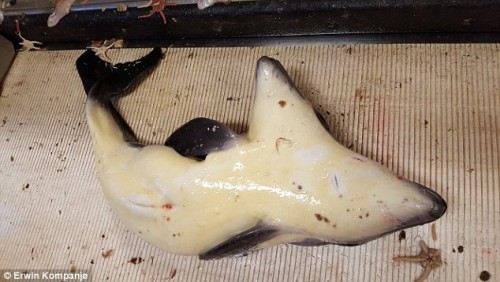 While the fishermen who caught the porpoises released them back into the wild, they first shared photos of the animals with researchers from Erasmus University in Rotterdam.

Speaking to New Scientist, Dr Erwin Kompanje, who led the study, said: ‘The anatomy of cetaceans is strikingly different from terrestrial mammals with adaptations for living in the sea as a mammal. Much is unknown.

‘Adding any extra case to the known nine specimens brings more knowledge on this aspect.’

The photos taken by the fishermen showed that the porpoises’ tail had not stiffened, which indicates that they died shortly after birth, according to Dr Kompanje.

They also had a flat dorsal fin – something that would have stiffened if they were alive – and hairs on the upper lip, which would have fallen out.

Even normal twinning is extremely rare in cetaceans.

Dr Kompanje said: ‘There is simply not enough room in the body of the female to give room to more than one fetus.’

And if there are other conjoined cetaceans twins in the wild, finding them will be like looking for a needle in a haystack.

Dr Kompanje added: ‘Conjoined twins will be more common than the 10 cases we know at this moment, but we are unaware of them because they are born at sea and are never found.’