Shares
People who eat fried potatoes two or more times a week double their risk of an early death compared to those who avoid them, a recent study published in the American Journal of Clinical Nutrition found. 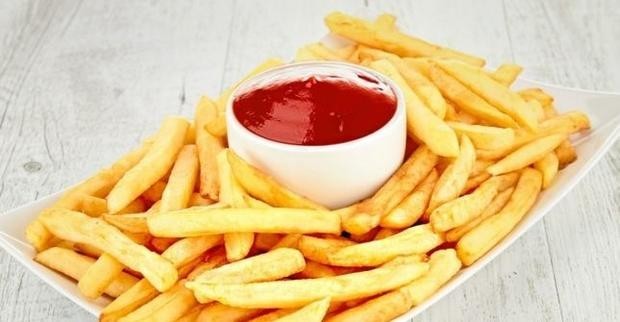 Eating potatoes that have not been fried was not linked to a similar early mortality risk, the researchers noted, according to CNN.

“Fried potatoes consumption is increasing worldwide,” warned Dr. Nicola Veronese, lead author of the study and a scientist at the National Research Council in Padova, Italy.

Veronese and his colleagues have been tracking 4,440 people aged 45 to 79 over a period of eight years to study osteoarthritis. This research team decided to momentarily set aside the main issue of osteoarthritis and look at participants’ consumption of potatoes.

Even though most of us may have assumed that fried potatoes could be unhealthy for us, there is “very limited” scientific data on this issue, Veronese explained in an email.

So the researchers divided study participants into subgroups based on how frequently they ate potatoes each week. Over the eight years, a total of 236 of the participants died. Analyzing the data for each group, Veronese and his team found that those who ate fried potatoes two to three times each week doubled their chance of dying early compared to those who ate no fried potatoes.

French fries, potato chips, hash browns — and any other preparation requiring a fryer — are all included under the umbrella of “fried potatoes,” Veronese explained.

The study is observational, meaning the researchers simply tracked the behavior of a group of people and found an association between one behavior — eating fried potatoes — and another factor — early death. Because it is an observational study, Veronese and his co-authors note it cannot be said that eating fried potatoes directly causes an early mortality — it would require more research to draw such a firm conclusion.

“Even if it is an observational study, we believe that the cooking oil, rich in trans-fat, is an important factor in explaining mortality in those eating more potatoes,” said Veronese. Trans fat has been shown to raise the “bad,” or LDL, cholesterol in the blood, which can lead to cardiovascular disease.

Yet, he also added that “other important factors,” including obesity, a sedentary lifestyle and use of high quantities of salt might also play a role in the early death of those eating two or more portions of fried potatoes each week.

National Potato Council CEO John Keeling said the “study isn’t relevant to the general population” since the data was collected for an osteoarthritis study and includes only patients with arthritis. “Potatoes are inherently a very healthy vegetable,” said Keeling in an email. He said a medium-sized potato is 110 calories, has no fat, no sodium, no cholesterol, and provides nearly a third of the daily vitamin C requirement with more potassium than a banana.

“How the potato is prepared will impact the calorie, fat and sodium content,” said Keeling, however the basic nutrients remain “no matter how it is prepared.”

Based on the data in the study, Keeling said, “it is very much a stretch to brand fried potatoes, or any other form of potato, as unhealthy.”

Susanna Larsson, an associate professor at the Institute of Environmental Medicine, Karolinska Institutet in Stockholm, Sweden, noted that the new study provides “no evidence” that potato consumption in and of itself may increase the risk of an early death. Larsson was not involved in the new study. Instead, it may be the “other factors” suggested by Veronese himself.

“Fried potato consumption may be an indicator of a less healthy (Western) dietary pattern which is associated with increased mortality,” said Larsson, who also conducted a study of potato consumption. Her study did not find an increased risk of cardiovascular disease linked to eating potatoes.

The potential danger when eating fried starchy foods, such as French fries, is acrylamide, said Stephanie Schiff, a registered dietitian at Northwell Health’s Huntington Hospital in Huntington, New York. Schiff was not involved in the study.

Acrylamide is “a chemical produced when starchy foods such as potatoes are fried, roasted or baked at a high temperature,” explained Schiff in an email. The browning process is actually a reaction that produces this chemical one shown to cause cancer in laboratory animals and considered toxic to humans, said Schiff. Acrylamide is also a potential cause of cancer, she said.

“You can reduce your intake of acrylamide by boiling or steaming starchy foods, rather than frying them,” said Schiff. “If you do fry foods, do it quickly.”

She also suggested you “go lighter” since “the darker the food, the more acrylamide it may contain.”

Finally, Schiff said that potatoes should not be stored in the refrigerator because this could lead to producing more acrylamide when the potatoes are later cooked.

“Increase your intake of fruits and vegetables for a healthier alternative,” said Schiff.

Veronese said he hopes his new study will suggest to everyone that consuming fried potatoes “could be an important risk factor for mortality. Thus, their consumption should be strongly limited.”