Shares
Scientists have developed a drug that mimics sunlight to make the skin tan, with no damaging UV radiation involved. 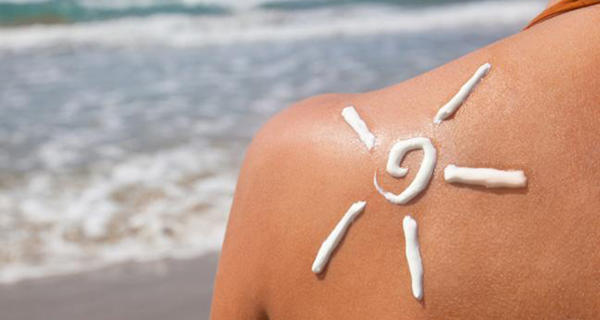 The drug tricks the skin into producing the brown form of the pigment melanin in tests on skin samples and mice. Evidence suggests it will work even on redheads, who normally just burn in the sun, according to the BBC.

The team at Massachusetts General Hospital hope their discovery could prevent skin cancer and even slow the appearance of ageing.

This kicks off a chain of chemical reactions in the skin that ultimately leads to dark melanin – the body’s natural sunblock – being made.

The drug is rubbed into the skin to skip the damage and kick-start the process of making melanin.

Dr David Fisher, one of the researchers, told the BBC News website: “It has a potent darkening effect.

“Under the microscope it’s the real melanin, it really is activating the production of pigment in a UV-independent fashion.”

It is a markedly different approach to fake tan, which “paints” the skin without the protection from melanin, sun beds, which expose the skin to UV light or pills that claim to boost melanin production but still need UV light.

But the team is not motivated by making a new cosmetic.

Dr Fisher said the lack of progress in skin cancer – the most common type of cancer – was a “very significant frustration”.

He added: “Our real goal is a novel strategy for protecting skin from UV radiation and cancer.

“Dark pigment is associated with a lower risk of all forms of skin cancer – that would be really huge.”

Tests, detailed in the journal Cell Reports, have shown the melanin produced by the drug was able to block harmful UV rays.

Eventually the scientists want to combine their drug with sun-cream to give maximum protection from solar radiation.

Dr Fisher said everyone should “absolutely” use sun-cream but its weakness was it “keeps you pale”.

The way the drug works could also allow a ginger tan, as the genetic mutation that causes red hair and fair skin disrupts the normal process where UV light leads to dark melanin.

It is not yet clear if the drug might have the unintended consequence of affecting the glorious hair colour, but it is thought the hair follicle is too deep in the skin for the drug to reach.

But whether you are ginger, blonde or brunette, the drug is not yet ready for commercial use.

The researchers want to do more safety testing, although so far there has been “no hint of problems”.

They will probably want to give it a better name than an SIK-inhibitor too.

Matthew Gass, from the British Association of Dermatologists, said the study was a “novel approach” to preventing skin cancer.

He added: “A lot more research has to be done before we see this sort of technology being used on humans, however, it’s certainly an interesting proposition.

“Skin cancer rates in the UK are going through the roof… any research into ways that we can prevent people from developing skin cancer in the first place is to be welcomed.”

Stopping UV damage could have an extra boon beyond cancer – slowing the appearance of ageing.

Dr Fisher’s final piece of promise for the research is: “Many people would say the obvious and most dramatic sign of ageing is what skin looks like and even casual UV damage over the years causes damage.

“Medically it is very difficult to focus on, but if it is tremendously safe then it could keep skin healthier for longer.”