Shares
Having led Germany for 16 years, Kohl is remembered for reuniting the country as well as for making a huge political and economic contribution to the integration of Europe. 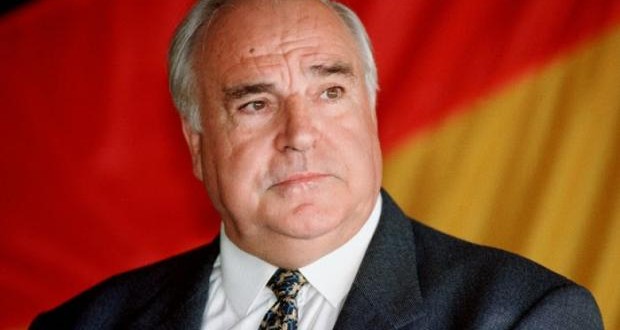 Former Chancellor of Germany Helmut Kohl has died, aged 87. His political party the Christian Democratic Union on Friday confirmed media reports that the former chancellor had died, according to Deutsche Welle.

“We mourn. #RIP #Helmut Kohl,” the brief message read as tributes began to be made by world leaders.

Kohl died at his Oggersheim home near Ludwigshafen, south of Frankfurt on the Rhine river, early Friday. On hearing the news in Rome on Friday, Chancellor Angela Merkel said the Roman Catholic Kohl realized that he had a “historic chance” to overcome Germany’s decades-long division and seized it.

He gave his name to an entire generation – the “Kohl Generation.” It was common knowledge among young people who grew up while he was chancellor that Helmut Kohl would sometimes invite special state visitors back to his home in Oggersheim, a suburb of the western German city of Ludwigshafen, and serve them his favorite dish: stuffed pig’s stomach. In his leisure hours he liked to wear cardigans stretched across his enormous frame.

Helmut Josef Michael Kohl was born in Ludwigshafen on April 3, 1930. He was only 17 when he joined the conservative Christian Democratic Union (CDU) and was active in the party during his studies in History, Law and Governance and Public Policy.

Kohl was elected premier of Rhineland-Palatinate in 1969. At just 39, he was the youngest person ever to hold the position. In 1976, the CDU and its Bavarian sister party, the Christian Social Union (CSU), choose him as their candidate for chancellor in the parliamentary elections. He won 48.6 percent of the vote, but that still was not enough to keep Helmut Schmidt’s Social Democrats (SPD) from staying in power in a coalition with the free-market liberal Free Democratic Party (FDP).

It was not until six years later, on October 1, 1982, that Kohl finally reached his goal. The leader of the opposition, which also had the largest number of seats in the German parliament, was voted in as chancellor.

It was a vote of no confidence against the Social Democrat Chancellor Schmidt that brought Kohl to power, after he succeeded in convincing FDP leader Hans-Dietrich Genscher to break with Schmidt. Kohl formed his own alliance with the FDP and became the head of the government. In a controversial move a few months later he proposed another confidence vote to hold fresh elections, which he won.

Helmut Kohl would not have called himself the perfect politician – and neither would his Christian Democratic colleagues, but he will go down in history as chancellor of reunification and a major promoter of a united Europe.