Shares
A host of proposed new laws designed to prepare the UK for a "smooth and orderly" departure from the EU have been announced in the Queen's Speech. 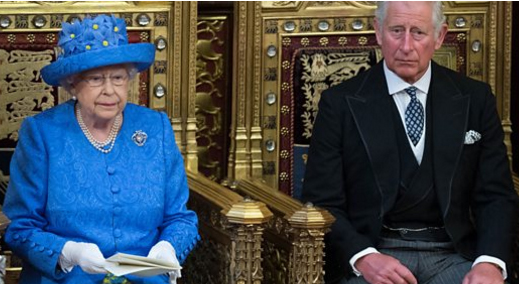 Queen Elizabeth II has delivered the speech Wednesday before the parliament’s new session. Of 27 bills, eight relate to Brexit and its impact on immigration, trade and sectors such as fisheries and farming, according to the BBC.

Prime Minister Theresa May urged MPs to “seize this moment of national change” to unite and work for a fairer country.

But Labour leader Jeremy Corbyn said she had lost authority after axing a raft of manifesto pledges.

Proposals to scrap the winter fuel allowance for well-off pensioners, end automatic 2.5% pension rises, expand grammar schools and end free school lunches for all infants have been dropped, while reforms to social care funding will be put out to consultation and a cap on some energy tariffs considered further.

Amid continuing talks with the Democratic Unionists about them supporting Theresa May’s government, a Downing Street spokesman said it was confident the Queen’s Speech could “command the confidence” of the House of Commons in a vote next week.

The main non-Brexit proposals include:

There was no mention of US President Donald Trump’s proposed state visit to the UK later this year, appearing to confirm suggestions it has been delayed. Ministers said the reason it was not included was purely because no date had been set.

The Queen announced the government’s legislative programme for the next two years at the State Opening of Parliament.

She was accompanied by the Prince of Wales, rather than the Duke of Edinburgh, after Prince Philip was admitted to hospital on Tuesday night. Buckingham Palace said it was a “precautionary measure” for treatment of an infection arising from a pre-existing condition.