Shares
Powerful mini-crossbows that shoot toothpicks and needles are the new must-have toy for schoolkids across China — and a nightmare for concerned parents and school officials. 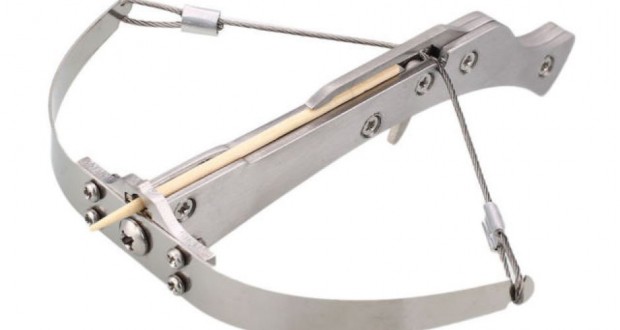 Several cities including Shenzhen and Qingdao have reportedly banned sales of the palm-sized contraptions, which sell for about $1 and are powerful enough to puncture soda cans, apples and cardboard, depending on the projectile, Joinfo.com reports with reference to ABC News.

The fad appears to have sprung out of the south-west city of Chengdu, but quickly spread to China’s east coast and even across the border to Hong Kong.

In the Chinese territory of Macau, police issued a warning on Tuesday that using the crossbows might constitute a criminal offence.

Although there have not yet been widespread reports of serious injuries, parents across China have raised concerns with schools, with many circulating petitions on social media in support of a nationwide ban.

“People getting blinded will become commonplace, must ban!” said one user on the messaging forum hupu.com, while another asked: “What was the inventor of this thing thinking?”