Shares
It was the seventh at sea, and the 12th successful landing overall 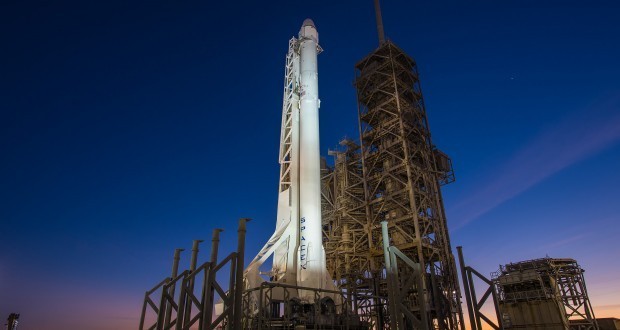 SpaceX has successfully launched and landed a recycled Falcon 9 rocket for the second time, according to The Verge.

The rocket’s first stage — the 14-story-tall core that houses the fuel and the rocket’s main engines — touched down on one of the company’s autonomous drone ships in the Atlantic Ocean shortly after taking off from a launchpad at nearby Cape Canaveral, Florida. It’s the 12th time SpaceX has successfully landed one of these rocket stages out of 17 attempts, and the seventh time it’s performed the feat at sea.

This particular rocket previously flew in January, when it was used to put 10 satellites into orbit for communications company Iridium. The rocket then landed on a drone ship in the Pacific Ocean. SpaceX retrieved the rocket and spent the next few months refurbishing it in preparation for today’s launch. This afternoon, it was used to launch Bulgaria’s first communications satellite for TV service provider Bulsatcom.

The landing wasn’t easy, though. Because the rocket had to push BulgariaSat-1 to such a high orbit, the first stage experienced more force and heat during reentry than any other Falcon 9, according to a tweet from SpaceX CEO Elon Musk. Musk even warned that there was a “good chance [the] rocket booster doesn’t make it back.”

Shortly after the landing, though, Musk returned to Twitter to add that the rocket booster used “almost all of the emergency crush core,” which helps soften the landing. It was the first time SpaceX has landed one rocket on both of its drone ships. (SpaceX keeps one in California for launches from Vandenberg Air Force Base.)

Rocket is extra toasty and hit the deck hard (used almost all of the emergency crush core), but otherwise good