Shares
Britain's secret ‘X-Files’, containing details of 50 YEARS of UFO sightings across the country, has finally been released 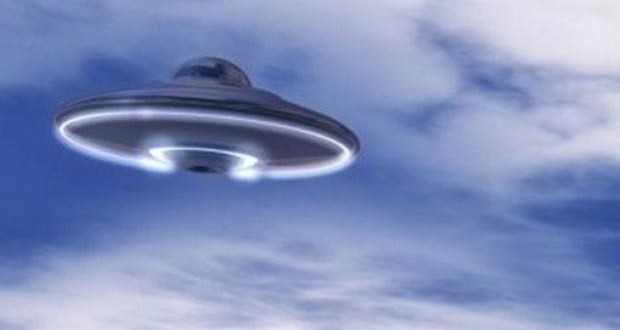 A dossier of files kept secret by the UK government for almost 50 years has finally been released for the first time, according to Daily Mail.

The cache of 15 files, which have been published by the National Archives, contain details of UFO sightings seen all over the country.

They contain information about a number of high profile incidents that are believed to be related to extra-terrestrials, including in Rendlesham Forest in 1980, dubbed ‘Britain’s Roswell.’

Mysteriously, the files have not yet been digitised so enthusiasts must go to London’s National Archives in Kew if they want to have access to them.

The papers were originally meant to be released in 2013 alongside thousands of others which did see the light of day, but 18 specific documents were withheld.

The release marks the final stages of what’s been a nine-year long project to declassify and release the MoD’s entire archive of UFO files.

Three of these documents have still not been released.

This prompted claims of a conspiracy to cover-up the existence of alien life among some theorists and another delay in publication last year added to this speculation.

‘I think these files perfectly capture the wonder and fascination of the UFO mystery and show how MoD officials – myself included – struggled to make sense of one of the great mysteries of the modern era’, said Nick Pope, who was part of the Ministry of Defence’s UFO project from 1991 to 1994.

‘Sadly, there’s no ‘smoking gun’ in these files that will prove we’ve been visited by extraterrestrials, but there are plenty of intriguing UFO reports, as well as policy papers explaining how the MoD handled this subject.’

‘The lack of a smoking gun and the fact that these files seem to have been slipped out without a formal media announcement is bound to start some conspiracy theories, and I know that many people believe the ‘good stuff’ is being held back’, he said.

Conspiracy theorists are hoping the files may shed light on the notorious Rendlesham Forest incident in 1980, dubbed Britain’s Roswell.

Strange lights were reported by servicemen in the forest near RAF Bentwaters and RAF Woodbridge.

The disputed sightings, over three nights between December 26-28, occurred when Britain and the West were on high alert during the Cold War.

‘What’s readily apparent from a detailed study of all this is that the MoD was telling Parliament, the media and the public that the UFO phenomenon was of “no defence significance” and of limited interest to the MoD’, said Mr Pope.

‘However, the files show that behind the scenes, the subject was obviously taken more seriously than we let on, with many of the cases self-evidently being of great defence significance – e.g. when UFOs were seen in close proximity to military bases, were encountered by RAF pilots, or were tracked on radar by fighter controllers or air traffic controllers.’

The remaining three files are due to be released later this year.

‘This is a good day for open government and for freedom of information’, Mr Pope said.

The last batch of files that was released contained some papers relating to anti-gravity and gravity modification research expressed by MoD scientists.

‘I wasn’t joking when I referred to MoD’s UFO project as being “the real-life X-Files”’, said Mr Pope.

Strange lights were reported by servicemen in the forest near RAF Bentwaters and RAF Woodbridge. The incident came to be known as ‘Britain’s Roswell’ after the UFO sightings in New Mexico.

Soldiers investigated what the lights were, including Staff Sgt Jim Burroughs, Airman First Class Edward Cabansag and Airman First Class Larry Warren. The disputed sightings, over three nights between December 26-28, occurred when Britain and the West were on high alert during the Cold War.

Retired US Air Force officer Steve Longero broke a 36 year silence, in December 2016, to reveal he also saw something in the night sky. Mr Longero said the UFOs looked like red and green fluorescent lights hovering over treetops.

He also dismissed one theory that the lights had been caused by a lighthouse. The incident became a topic of fascination in the UK after a group of servicemen went into Rendlesham Forest to investigate the mysterious lights and came out convinced they had seen seen an alien spacecraft.

The Suffolk sightings resurfaced claims from those living in Roswell, New Mexico, in 1947 when an unexpected crash was alleged to have been the remains of a spacecraft and alien bodies.

But this was rejected by the U.S. military following a close investigation into the wreckage.

The British Ministry of Defence has also dismissed the claims regarding Rendlesham. It said there was no threat to national security and the UFOs were likely to be caused by a series of nocturnal lights.