Shares
At least 120 people died and 130 were injured when an oil tanker truck exploded in Bahawalpur city in eastern Pakistan, according to officials. 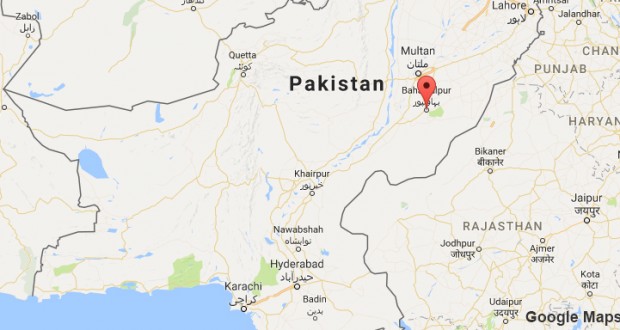 The accident occurred when the truck fell off the road it was traveling on Sunday morning, Mohammad Akhtar a police official with the city of Bahawalpur told CNN.

Villagers had gathered around the vehicle to collect its oil in containers when the vehicle exploded, Akhtar said. Many were covered in oil and burned and an emergency had been declared in the city, he said.

Punjab government spokesman Salman Sufi said that at least 120 people had been killed and 130 others injured in the explosion.

Bahawalpur’s Victoria Hospital said it was treating 40 of the injured, all of whom had suffered 70% burns.

“(An) emergency has been declared in the hospital and we are treating the patients. At least 15 are critical at the moment,” Dr. Faqeer told CNN.

An inquiry would be held into the incident, the Chief Minister of Punjab said in a statement.

“CM Punjab Muhammad Shehbaz Sharif has expressed deep sense of sorrow and grief over the loss of precious human lives in the tragic incident of oil tanker near Ahmad Pur Sharqiyya Bahawalpur.

“CM expressed sympathy and condolence with the bereaved families and directed the administration to provide best medical facilities to the injured persons. CM also sought report of the incident and ordered to hold inquiry of the incident,” the statement said.

Army aviation helicopters had been sent for the evacuation of casualties to hospitals and burn centers, Ghafoor said. He added that hospitals had been placed on high alert.