Salvador Dali’s body to be exhumed to resolve paternity case

Shares
A Spanish judge has ordered the exhumation of Salvador Dalí's body for DNA testing to settle a claim by a TV fortune-teller that she is the secret daughter of the Surrealist painter. 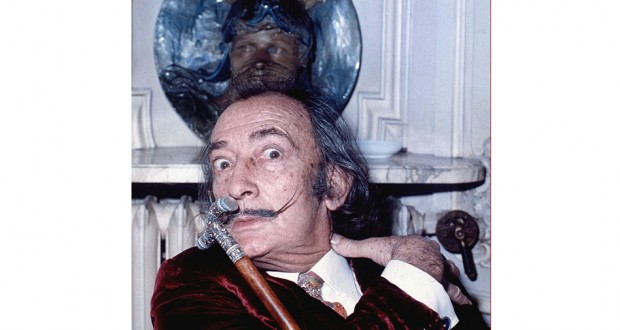 Pilar Abel Martínez, 61, from Dalí’s home town of Figueres in Catalonia, has for years insisted that she is the product of a “clandestine love affair” between her mother and the then married artist. She is now suing the Gala-Salvador Dalí Foundation and the Spanish state, which inherited his works, to be recognised as his biological daughter. The verdict is due later this year, according to The Telegraph.

Ms Abel, who describes herself as “Dalí without the moustache” for her supposed physical resemblance to the painter, previously arranged to carry out a test using material from his death mask. However insufficient DNA was found, and the Madrid judge overseeing the case has now ruled there is no other way to obtain samples other than to disinter Dalí’s remains.

No date for the exhumation has yet been announced, but, according to Ms Abel’s lawyer, it could be carried out as soon as July. It will be neither an easy nor a discreet procedure: the artist’s body is buried in a crypt beneath the stage in the Dalí Theatre-Museum in Figueres, where he died from heart failure in 1989, aged 84.

The fortune-teller, who for eight years hosted a tarot card-reading show on local television, claims she first learned she was Dalí’s daughter as a young child, from the woman who was purportedly her paternal grandmother. “I know that you’re not the daughter of my son, that you are that of a great painter, but I love you equally,” the grandmother used to say – according to Spanish daily El Pais – teasing her that she was “strange like her father”.

Ms Abel’s mother, Antonia Martínez, also spoke frequently about the romance, which allegedly took place in 1955 in the nearby coastal town of Cadaques. Dalí and his wife Gala had recently returned from New York and were living in Cadaques – their house there is now a museum – while Ms Abel’s mother was working for a local family. Then 25, Ms Martínez struck up a friendship with the 51-year-old artist, which allegedly soon developed into an affair. She returned to Figueres shortly afterwards and, while pregnant, married another man, before giving birth to Ms Abel in February 1956.

Ms Abel says that she crossed paths with Dali four or five times in her life, exchanging greetings on the street in Figueres. She has suggested her gift for clairvoyance could be inherited from the master of Surrealism.

“I think that my gift may have to do with him. In my family no one else has turned out this way,” she told El Confidencial when launching her legal bid in 2015. “I was born this way. It is carried inside. Perhaps it has to do with him because he believed very much in the paranormal, in the inexplicable.”

The Gala-Salvador Dali Foundation said it would challenge the exhumation order and was working on an appeal in coordination with government lawyers to be presented in the coming days.

If Ms Abel is confirmed to be the daughter of Dalí, it would provide fresh insight into the painter’s marriage to Gala, one of the art world’s most famous love stories. They originally married in 1934 in a civil ceremony but were joined in the eyes of the Church in 1958 after Gala, a divorcee, was granted special dispensation by the Vatican. Dalí was said to devoted to his wife, also his artistic muse, but due to his purported phobia of female genitalia, allowed her to maintain extramarital affairs. In 1968, the couple purchased a castle in the region of Girona, to which Gala moved and which her husband was only allowed to visit on invitation.

A positive DNA test would allow Ms Abel to take the Dalí name and give her rights over a share of his estate, estimated to be worth as much as 300 million euros. However, that would undoubtedly entail a lengthy legal battle with the Spanish state.