Shares
Companies across the globe are reporting that they have been struck by a major ransomware cyber-attack. 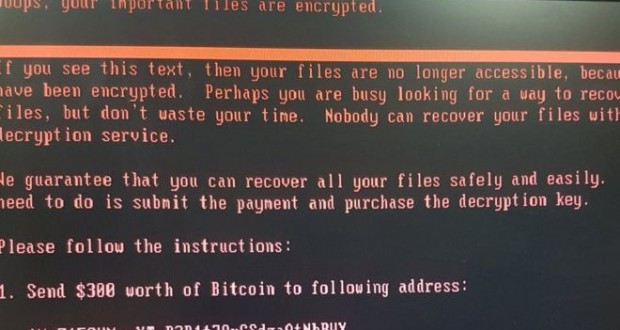 British advertising agency WPP is among those to say its IT systems have been disrupted as a consequence, according to the BBC.

The virus, the source of which is not yet known, freezes the user’s computer until a ransom in untraceable Bitcoin is paid.

Ukrainian firms, including the state power company and Kiev’s main airport, were among the first to report issues.

The Chernobyl nuclear power plant has also had to monitor radiation levels manually after its Windows-based sensors were shut down.

The Russian anti-virus firm Kaspersky Lab said its analysis showed that there had been about 2,000 attacks – most in Ukraine, Russia and Poland.

The international police organisation Interpol has said it was “closely monitoring” the situation and liaising with its member countries.

Experts suggest the malware is taking advantage of the same weaknesses used by the Wannacry attack last month.

“It initially appeared to be a variant of a piece of ransomware that emerged last year,” said computer scientist Prof Alan Woodward.

“The ransomware was called Petya and the updated version Petrwrap.

“However, now that’s not so clear.”

Kaspersky Lab reported that it believed the malware was a “new ransomware that has not been seen before” despite its resemblance to Petya.

As a result, the firm has dubbed it NotPetya. Kaspersky added that it had detected suspected attacks in Poland, Italy, Germany, France and the US in addition to the UK, Russia and Ukraine.

Andrei Barysevich, a spokesman for security firm Recorded Future, told the BBC such attacks would not stop because cyber-thieves found them too lucrative.

“A South Korean hosting firm just paid $1m to get their data back and that’s a huge incentive,” he said. “It’s the biggest incentive you could offer to a cyber-criminal.”

A bitcoin wallet associated with the outbreak has received several payments since the outbreak began. The wallet currently holds almost 3.3 bitcoins (£6,175; $7,920).

An email address associated with the blackmail attempt has been blocked by German independent email provider Posteo.

It means that the blackmailers have not been able to access the mailbox.

The attacks come two months after another global ransomware assault, known as Wannacry, which caused major problems for the UK’s National Health Service.

Veteran security expert Chris Wysopal from Veracode said the malware seemed to be spreading via some of the same Windows code loopholes exploited by Wannacry. Many firms did not patch those holes because Wannacry was tackled so quickly, he added. 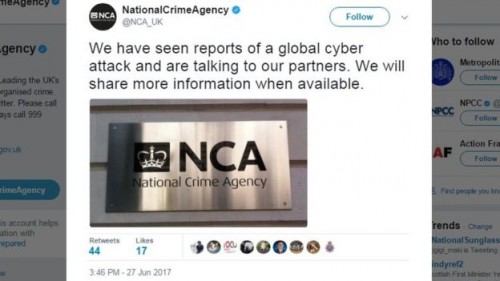 Those being caught out were also industrial firms that often struggled to apply software patches quickly.

“These organisations typically have a challenge patching all of their machines because so many systems cannot have down time,” he said. “Airports also have this challenge.”

Copies of the virus have been submitted to online testing systems that check if security software, particularly anti-virus systems, were able to spot and stop it.

“Only two vendors were able to detect it so many systems are defenceless if they are unpatched and relying on anti-virus,” he said. 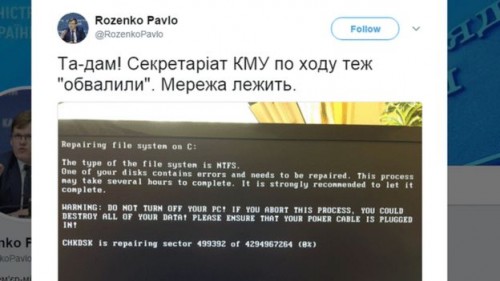 Ukraine seems to have been particularly badly hit this time round.

Ukraine’s deputy prime minister has tweeted a picture appearing to show government systems have been affected.

His caption reads: “Ta-daaa! Network is down at the Cabinet of Minister’s secretariat.”