Vlogger Poisons Herself During Livestream 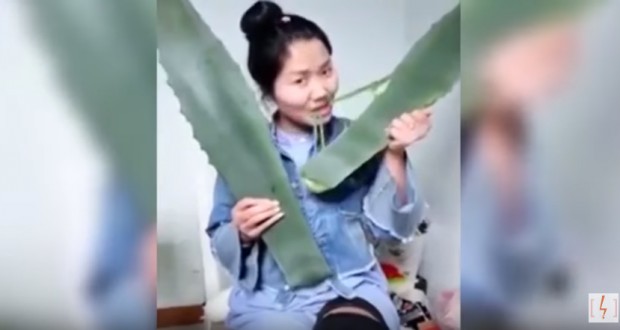 Livestreaming is a thing not just in Europe or America. In China, it’s almost a separate world. Some Chinese are streaming out day by day. Games, make-up or daily life. These people, among other things, receive revenue from the viewers and big desks behind the live stream celebrity. It should be noted that in China there is no YouTube, so the country has set up its own industry about vlog and live streaming.

Zhang is a popular health vlogger from the communist country. During a live stream, the 26-year-old was eating an aloe vera, or so she thought. Later it appeared to be agave americana – a poisonous plant. While streaming, she noticed something was wrong. Suddenly she felt she was on fire and the stream was cut off. Zhang was rushed to the hospital.

According to the latest updates, Zhang is doing well, considering circumstances.