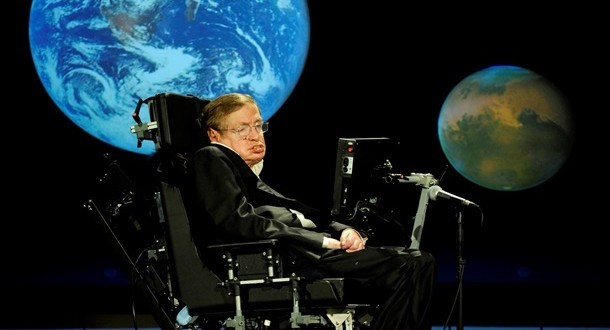 In an interview with the BBC coinciding with his 75th birthday, Stephen Hawking, the world’s renowned scientist, has again predicted a not really good future for humanity. The physicist warns that the Earth may become an extremely hot planet in the future, such as Venus, with a surface temperature of 250C degrees.

“We are close to the tipping point where global warming becomes irreversible”, he told the BBC. “Trump’s action could push the Earth over the brink, to become like Venus, with a temperature of two hundred and fifty degrees, and raining sulphuric acid.”

It should be recalled that early June, President Trump withdrew the US from the Paris climate agreement.

“Climate change is one of the great dangers we face, and it’s one we can prevent if we act now,” Hawking says “Trump will cause avoidable environmental damage to our beautiful planet, endangering the natural world, for us and our children.”

The average surface temperature has risen by 1.1 degrees Celsius since the end of the nineteenth century. Most of the warming took place over the past 35 years.

Hawking is also not very optimistic about humanity. “Greed and aggression seem inbuilt in the human genome,” he said in the interview. “Conflicts will not cease while more weapons of mass destruction are being produced. That combination is very dangerous. I’m hopeful that humans can survive, but to do so we have to quickly establish independent colonies in space. ”

That if humanity wants to survive in the future, we should find a new planet to inhabit, as Hawking has said. Last year, he predicted that, if that does not happen, humanity will disappear within a thousand years.

Hawking also said that the most threats that the human kind faces come from progress in technology. He emphasized that people should work together to save the only planet we have. Professor also says that developed artificial intelligence may wipe out humanity.