Shares
According to the labels, there were tiles in the boxes sent from the Middle East to the American retail chain Hobby Lobby. In fact, it was a very valuable centuries-old clay tablets, smuggled from Iraq. 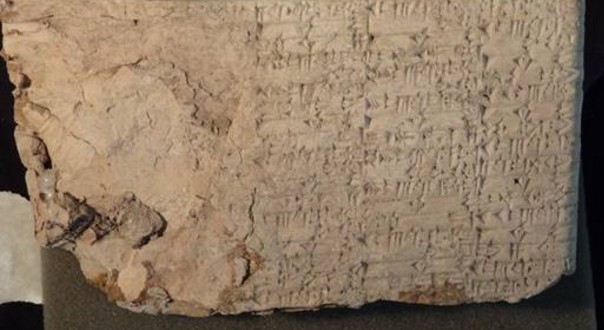 On July 5, the US government announced a deal with Hobby Lobby on the big smuggling case. The company, which mainly sells decorative and hobby materials, will return all 5,500 “historical objects” and pay a $3million fine.

The boxes with clay tablets, crafted in the time when Iraq was called Mesopotamia, and cylinder seals were shipped to several Hobby Lobby offices in the United States and the United Arab Emirates in 2010 and 2011.

In 2009, Steve Green, president of Hobby Lobby, went to the United Arab Emirates with a consultant. Despite his warnings that the artifacts might be stolen from historical sites in Iraq, Green paid $ 1.6 million for the items.

There were countless “red flags” that the company should have seen, the US justice stated. For example, the money had to be transferred to bank accounts of seven different persons. Eventually, the historical pieces were shipped to the US with labels such as ‘ceramic tiles’ and ‘clay tiles’.

“American companies and individuals must be truthful about the stuff they enter so that customs can prevent cultural heritage from entering our country,” says a justice spokesman.

Steve Green said the company “was new to the world of acquiring these items, and did not fully appreciate the complexities of the acquisitions process. This resulted in some regrettable mistakes,” he said in a statement.

Steve Green and Hobby Lobby have been promoting the evangelical Christianity in the US for years. Besides the decoration outlets, the company has a chain of Christian bookstores and has made films on Biblical themes.

The US justice gives the lawful owners of the tablets sixty days to report. The Iraqi government can also claim the artifacts.