Shares
Summer Olympic Games in 2024 and 2028 will be held in Paris and Los Angeles. 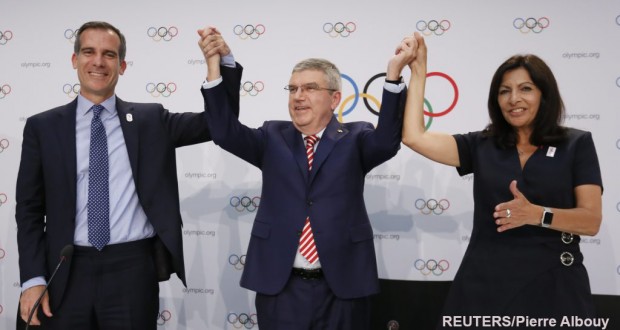 Which one of the two cities will be the first to host the Olympics, will be announced only in September, according to the decision of the International Olympic Committee in Lausanne, Switzerland.

Initially, Hamburg, Budapest, Rome, Paris and Los Angeles claimed for the 2024 Olympics, but only the last two cities confirmed their applications.

At the meeting, it was proposed to give one of the Olympic Games (2024 or 2028) to Paris, the other to Los Angeles. The order will be determined in September at the 131st IOC session in Lima, Peru.

Recall that the next winter Olympics will be held in 2018 in South Korean Pyeongchang.