Imagine You Are Flying Over Pluto In NASA’s Cool Video

Shares
You always wondered what Pluto looks like? Then watch this fly over movie created by NASA scientists 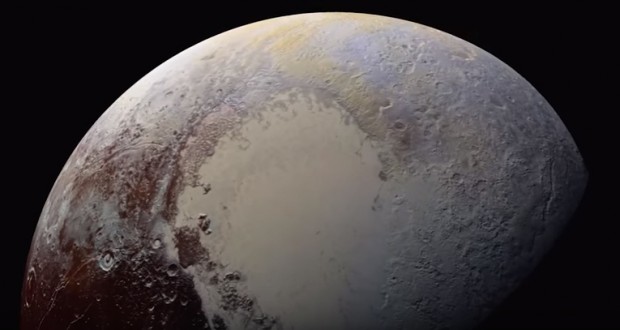 Pluto is one of the most mysterious objects in our solar system, which we can’t even call a planet anymore.

Thanks to NASA’s New Horizons spacecraft data and digital elevation models, scientists have created impressive movies, in which we fly over Pluto and its biggest moon Charon. Two video clips below were created based on the images that New Horizons sent home in July 2015. The surface colors of Pluto and Charon also have been enhanced to bring out detail, according to the report.

And here is a stunning flight over Puto’s biggest moon Charon: