Shares
Marcelin and Francine Dumoulin, parents of seven children, who disappeared on 15 August 1942, were found frozen on a glacier near a ski lift in the Swiss Alps. 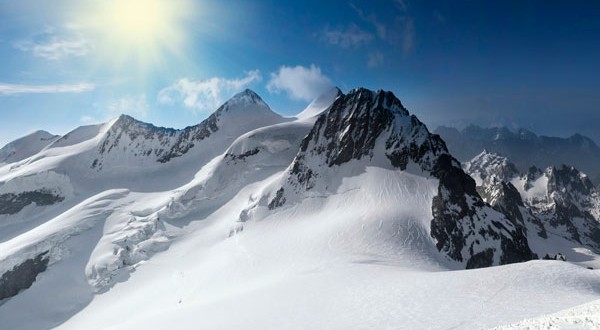 The couple left home after they milked the cows in a meadow above Chandolin in the Valais canton. The police revealed today that two people with identity papers were found by someone on a glacier near a ski lift at 2,615 meters last week. DNA tests will be carried to confirm the identities, Joinfo.com reports with reference to NewsMonkey.

“The bodies were lying next to each other. It was a man and a woman wearing clothing from the period of World War II,” Bernhard Tschannen, director of the Glacier Ski Area 3000, said.

They were perfectly preserved in the glacier and their possessions were intact. The couple may have fallen into a gap where they remained for decades. Now that the glacier is melting rapidly due to global warming, the bodies have emerged.

“We’ve been looking for them all our lives without stopping. We thought one day we could give them the funeral they deserve,” said the youngest daughter Marceline Udry-Dumoulin. She is now 79 years old.

“It was the first time my mother went with him on such an excursion. She was always pregnant and could not climb in the difficult conditions of a glacier.”

Marcelin Dumoulin, 40, was a shoemaker and Francine, 37 was a teacher. They left five sons and two daughters.

“After a while the children were separated and placed in families. I was lucky enough to stay with my aunt,” says the youngest daughter. “We all lived in the region, but got strangers to each other.”