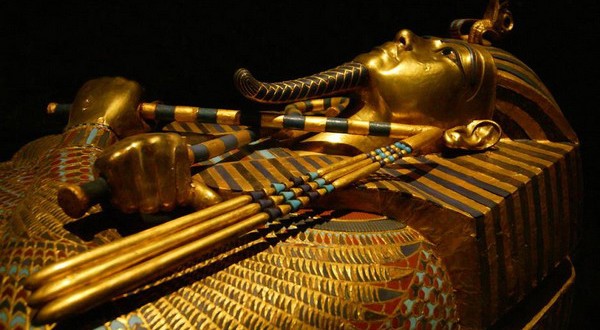 The archaeologists eventually plan to excavate the new tomb, which is located near the tomb of the pharaoh Ay in Egypt’s Valley of the Kings, according to Live Science.

“We are sure there is a tomb there, but we do not know for sure to whom it belongs,” Zahi Hawass famous archaeologist and former Minister of Antiquities of Egypt told Live Science in an email.

“We are sure there is a tomb hidden in that area because I found four foundation deposits,” Hawass said, explaining that the foundations are “caches or holes in the ground that were filled with votive objects such as pottery vessels, food remains and other tools as a sign that a tomb construction is being initiated.”

“The ancient Egyptians usually did four or five foundation deposits whenever they started a tomb’s construction,” Hawass said. Additionally, “the radar did detect a substructure that could be the entrance of a tomb.”

As for whose remains were buried there, Hawass said the tomb could belong to Ankhesenamun, who was the wife of King Tut. Ankhesenamun married Ay after Tut died, so it’s possible that her tomb is located near Ay’s, Hawass said. He also said that he will direct the future excavations at the site.

It should be recalled that recently a 1,600-year-old Roman sarcophagus was dug up during construction work in central London.