Shares
Taipei City is ready to host the 2017 Summer Universiade, the second-biggest international sporting event after the Olympics. 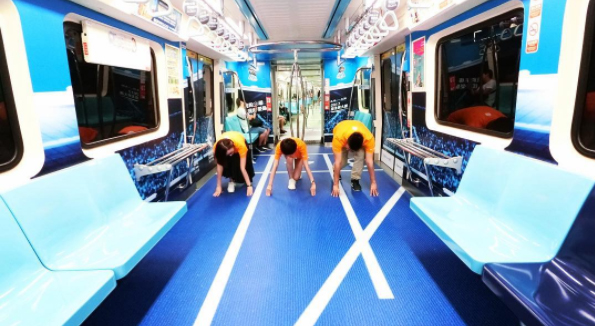 Taiwan’s capital city decided to celebrate the upcoming summer sports event with an incredible makeover to the subway cars of Taiwan’s Mass Rapid Transit (MRT) system. They now look like into shockingly realistic sport venues, according to India Times.

The project was taken up by EasyCard Corporation, which manages public transportation throughout Taiwan, and the Tourism Bureau of Taiwan.

The newly decorated cars will be running on the Songshan-Xindian (Green) line, through August 19th to the 30th when the Summer Universiade will be taking place.

The cars were transformed into immersive sports fields and the swimming pool, in particular, was the best among the series.