Shares
The future king of the Great Britain is all smiles in his 4th birthday portrait, taken at Kensington Palace on Saturday 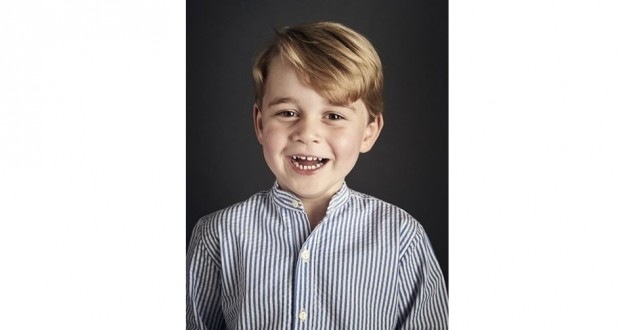 The Duke and Duchess of Cambridge were “delighted” to share the photograph taken by royal photographer Chris Jackson, Kensington Palace said, according to the BBC.

“The Duke and Duchess are very pleased to share this lovely picture as they celebrate Prince George’s fourth birthday, and would like to thank everyone for all of the kind messages they have received,” Kensington Palace said.

Getty Images royal photographer Mr Jackson, who took the photo at the end of June, said: “I’m thrilled and honoured that the Duke and Duchess of Cambridge have chosen to release this portrait to celebrate Prince George’s fourth birthday.

“He is such a happy little boy and certainly injects some fun into a photoshoot.”

It should be recalled that the prince has spent the run-up to his birthday on a tour of Poland and Germany with his parents.