Shares
The recent G20 Summit showed that the world is becoming multi-polar. And Ukraine, with its vast experience in aerospace technologies, can and will cooperate in this field not only with the conventional players, but also with the new ambitious space exploration participants.

On June 28, the Day of Ukraine’s Constitution, leaders of NGOs and businesses and representatives of government agencies met to discuss the concept of an international forum that should open the way to the revival of Ukraine as one of the main aerospace hubs in the world, according to Joinfo.com.

The Ukrainian Youth Aerospace Association “Suzirya”, UkraineIS and the “Ukrainian-Norwegian Bridge” (UNB), which have extensive experience in aerospace and international events, agreed to hold the Space and Future International Youth Forum. At the Forum, representatives of different countries – space youth, scientists, thinkers, business people and public figures will discuss space as an integration platform for the future. The Forum participants will develop a new paradigm of space exploration and research.

The idea of the Forum has already been supported by many international organizations and participants. The Memorandum of Cooperation was signed by the organization leaders – Oleh Petrov and Sergiy Yatskov (UMAKO Suzirya), Andrii Miroshnychenko (Ukrainian-Norwegian Bridge), Sergiy Vakarin (UkraineIS) and the organizer of the famous eco-cultural festival “Trypilske Kolo” – Center for Creativity Development “Lilea” represented by Svitlana Oleksienko.

Top experts from Germany, Sweden, India, Ukraine and other countries will speak at the Forum, the organizations of cooperation with other countries are expected to join the Memorandum, negotiations are under way with Japan, the Republic of Korea, South Africa and the countries of South America. Recently, Sergiy Vakarin has met with one of the world’s leading industrial space exploration leaders Rick Tumlinson.

We will inform you about the preparation of the Forum. More information can be found on Facebook in the Ukraine Space group and on the page of Ukrainian Information Society.

Organizations that have already joined the Memorandum

The Ukrainian Youth Aerospace Association “Suzirya” has been actively engaged in the organization and implementation of aerospace education in Ukraine for 25 years. The first Ukrainian astronaut Leonid Kadenyuk and other famous space influencers participate in the work of Suzirya. The organization already has experience in holding similar events, especially the All-Ukrainian Youth Aerospace Forum “Ukraine Space” held in 2016. The traditional “Space Fantasy” humanitarian contest, which Suzirya conducts in order to search for versatile talents among young people, has already become traditional. 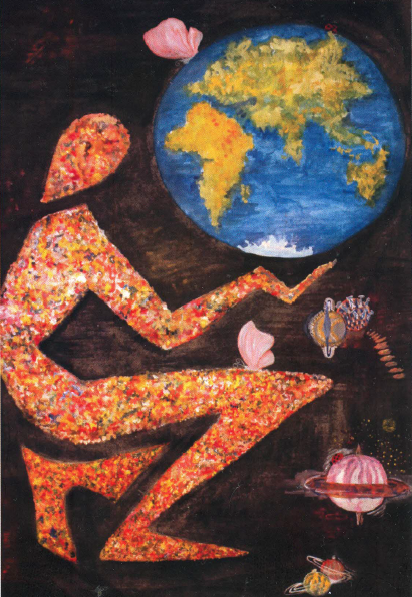 UkraineIS promotes high technologies and the image of Ukraine in the world. The management of the organization has experience of high-tech projects in the EU and North America, its powerful media resources are popular in Ukraine and English-speaking countries. UkraineIS held many high-tech events, in particular, the UAtronica-Industry 4.0 conference, where modern aerospace technologies were widely represented. The team of Ukraine won a global victory in the NASA Space Apps Challenge with the support of UkraineIS.

The “Ukrainian-Norwegian Bridge” (UNB) actively develops agro-industrial, IT, biotechnical and space cooperation between Ukraine and Norway. UNB CEO Andriy Miroshnychenko was one of the organizers of NASA Space Apps Challenge 2017 in Kyiv.

This year, Ukraine will celebrate the 20th anniversary of the flight of its first astronaut.