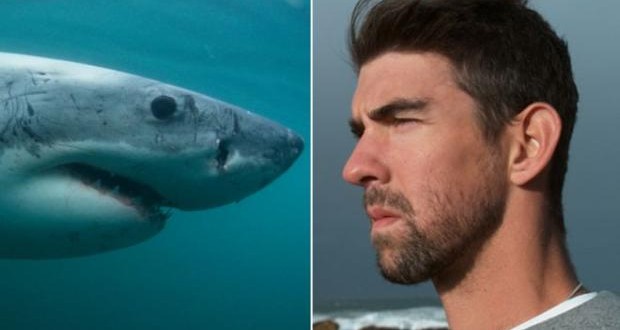 On Sunday, the 23-time Olympic champion Michael Phelps, 32, took a challenge to race against a great white shark at the launch of the Discovery Channel’s annual Shark Week.

The rivals swam separately of course, but the video was edited in such a way that they seem to swim next to each other. The shark chased a bait to the finish line.

Shark Week shared the race between the two great swimmers on Twitter:

Well, the shark outran Phelps by just 2 seconds and finished the distance in 36.1 seconds. Not used to losing a competition, Phelps has already been looking forward to a rematch. “Rematch? Next time..warmer water,” he tweeted:

It should be recalled that Michael Phelps announced the completion of his career after the 2016 Olympics in Rio de Janeiro. The swimmer in his career took part in the 5 Olympics, where he won 28 medals (23 gold, 3 silver and 2 bronze medals). Michael Phelps is the most titled athlete in the history of the Olympic Games.