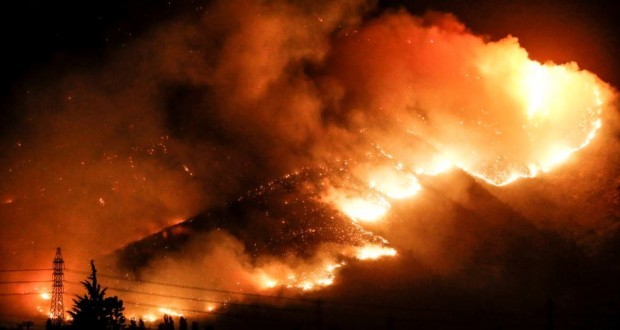 According to France24, residents were evacuated from homes at the edge of the town of Biguglia, on the northeastern coast of Corsica.

The fire is very strong and heading to urban areas of Biguglia town, according to France’s civil defence forces. The blaze has already engulfed a sawmill and burned 10 vehicles.

Local officials said also that three firefighting planes were also involved in surveying the area and making sure no homes are threatened.

Another fire on the south of the island, which destroyed 110 hectares around the town of Aleria, was brought under control on Monday.

The fire has raged in the forests in other regions of France: in Vaucluse, Var region, where it came close to the Mediterranean resort of Saint-Tropez.