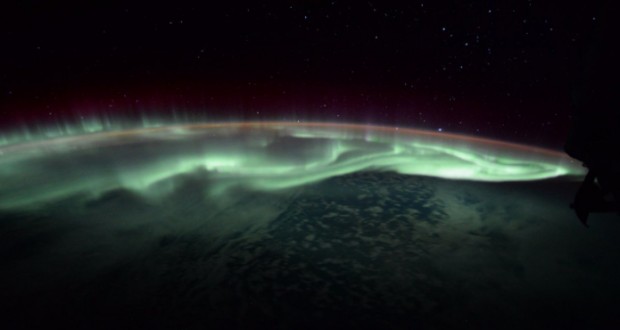 According to the NASA report, expedition 52 Flight Engineer Jack Fischer of NASA shared photos and time-lapse video of a glowing green aurora seen from his vantage point 250 miles up, aboard the International Space Station.

One of my favorite things to do in my free time is watch the Aurora—it’s almost alive, as it slathers up the sky in awesome sauce pic.twitter.com/GtgAxNUzCU

People have asked me what a “burrito of awesomeness smothered in awesome sauce” is… Well folks, it looks like this…awesome sauce is green. pic.twitter.com/rgTgbdb84f

It should be recalled that Theresa and Darlene Tanner, night sky photographers from Alberta, snapped some amazing photos of the aurora over the Canadian province in March.