Shares
The fastest sprinter on earth Usain Bolt shocked the world when he lost the 100-meter dash to two Americans. 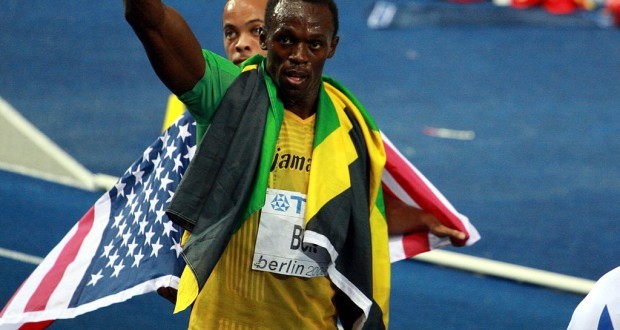 The legendary Jamaican runner Usain Bolt was outrun by two people on Saturday during his final 100-meter race at the IAAF World Championships in London, according to Huffington Post.

Saturday’s runs marked the 30-year-old Jamaican sprinter’s apparent retirement from individual races, and a devastating retirement it is.

American Justin Gatlin, who was twice banned from track and field after testing positive for drugs, finished first in the 100-meter race, crossing the finish line in 9.92 seconds and nabbing the gold. Christian Coleman, another American, took silver at 9.94 seconds.

Bolt had a slow start and paid for it in the end, finishing in 9.95 seconds and settling for bronze. His 100-meter world record of 9.58 seconds, set in 2009, remains unbeaten.

“My start is killing me,” Bolt told ESPN after the race. “Normally it gets better during the rounds, but it didn’t come together.”