Home / World / Astronaut Leonid Kadenyuk: Looking at the Earth from the Cosmos, you think it’s our home, it’s necessary to protect and save it!

Astronaut Leonid Kadenyuk: Looking at the Earth from the Cosmos, you think it’s our home, it’s necessary to protect and save it!

Shares
In a unique interview for Joinfo, the first Ukrainian astronaut shares his thoughts about the future and the Earth that arose during his space flight 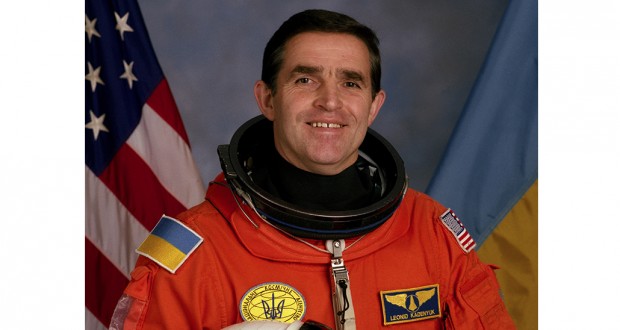 In October, the Space and Future International Youth Forum will take place in Kyiv, Ukraine. We have already started introductions of the speakers in an interview with Rick Tumlinson. Today we continue to introduce the speakers: Leonid Kadenyuk, the first astronaut of independent Ukraine, answered questions of UkraineIS Chairman Sergiy Vakarin in an exclusive interview with Joinfo.

Sergiy Vakarin: Thank you for supporting our idea of organizing the Space and Future International Youth Forum! How do you assess the role of space as an integration platform for our future, inlcuding new science, new economics, new humanity?

Leonid Kadenyuk: – The Universe is an inexhaustible source of knowledge so necessary for the preservation and progress of our civilization.

Already in ancient times, scholars believed that space determines the past, present and future of mankind and of every individual, that life and space are inseparable.

Space is not an endless emptiness, as it seems at first sight. It is full of unique information, infinite number of questions and answers. In order to identify these questions and find answers to them, one must have vast knowledge of various sciences.

S.V.: Since your flight, you have inspired many different audiences and written a wonderful book “Mission: Space”. There is a feeling that your flight and preparation for it have become for you an amazing source of energy that you continue to transmit to us the earthlings!

L.K.: – When recalling my long and difficult, but very interesting path to my dream, a space flight, I note a large number of events that contributed to the achievement of the goal. Each of them is an important link in the life chain, without which the main event of my life, a flight into space, could not be realized. Recalling and analyzing the past, I experienced such a feeling that someone deliberately planned and created this chain, which can be called fate. But I could only make decisions by relying on my intuition that seemed also to be governed by some external consciousness.

I perceived the observation of Earth and space as an opportunity to read an extremely interesting and rare book that only few people kept in their hands during the history of mankind. Of course, on my part, it would be wrong not to take advantage of the opportunity to read as many of its unique pages as possible.

S.V.: Your presentation at the NASA Space Challenge in Kyiv inspired me to take up the space theme – my organization managed to bring the Ukrainian Marshopper team to the global victory. And at the forthcoming Forum, we would like to prove that space can inspire young people, make them think differently and look at their future in a new way. What thoughts came to your mind during the flight?

L.K.: – Inside Columbia, I felt ease and simplicity of the body control (“like fish in water”), it became the source of an unexpected but steady sense of a familiar environment in which I was myself long ago. Such an unexpected but pleasant experience prompted rapid and trouble-free adaptation to the extraterrestrial state. It seemed that my body just re-adapted itself back to weightlessness, and my memory “remembered” it. 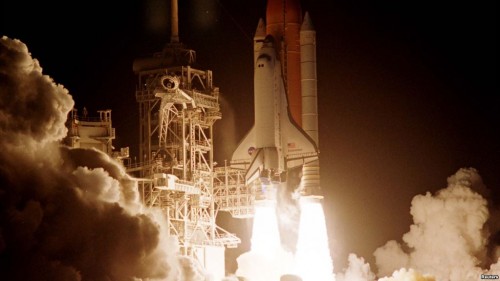 A human embryo in the mother’s womb is in a liquid environment (in terms of physics – hydro- weightlessness). Perhaps this argument also has the right to explain my cosmic sensations.

It sounds almost fantastic, but I think it is possible that once humans arrived from the outer space to the Earth. Therefore, the state of weightlessness is known to them and “recorded” in genetic memory. That is, in the memory of each of us. If we find this “record” in ourselves, then, after “reading” it, we will receive an answer, when exactly we became inhabitants of the Earth.

From the space orbit, it takes 90 minutes of flight to see the whole Earth. And I would like to emphasize that in the Universe, beginning with atoms and ending with galaxies, we observe striking harmony and order.

As astrophysicist Alan Lightman noted, “the fact that the Universe is so highly organized is a mystery to scientists.” At the same time, I wish a similar sense of “order” existed in the consciousness of each of us. Only under such conditions would harmony be possible in human society as a whole.

Perhaps gravity (universal gravitation) is the prerogative of the Supreme Mind, the secret of nature that it does not plan to reveal, since with its help it governs the Universe, organizes and “holds” this order in its own hands.

S.V.: We hope that the space and, in particular, our Forum will become the basis for a new breakthrough in science, technology, education, ecology and other fields that is so urgently needed in Ukraine and the world. You are actively involved in these areas – what would you recommend the Forum participants to pay attention to? 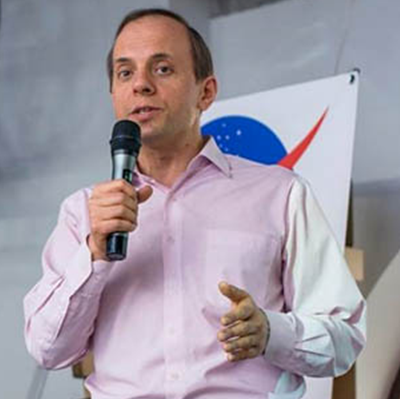 L.K.: – If humanity wants to survive, it will have to expand to the Space, and for this purpose it is necessary to develop all the areas you mention.

Here is just one example. Spacecraft that are currently used by humans for space flights, utilize reactive engines with very limited capabilities. They cannot travel far and fast in the Universe. Therefore, one should focus on the creation of fundamentally new engines for spacecraft. For example, using forces and energy sources of gravitational or electromagnetic origin that dominate the vastness of the Universe and which do not need to be accumulated on board a spacecraft.

When in space, you are thinking about the need to seek a reliable protection for your home – the planet Earth. We have already learned how to calculate the trajectories of the motion of space objects. The probability of a collision of our planet with another cosmic body is small enough. But it exists and can have catastrophic consequences, as has already happened in the history of its existence. Therefore, using and refining the modern technical means and techniques, we must do everything to prevent the catastrophe.

During the flight, incredible beauty of the Earth produced a feeling of admiration accompanied by thoughts about the imperfection of human society and its laws, about the lack of harmony between nature and human society. Unfortunately, the development of civilization deepens this disharmony. We should urgently change the concept of our existence on Earth and realize that one of our purposes is to preserve the biosphere of the planet that is the prerequisite of our existence. 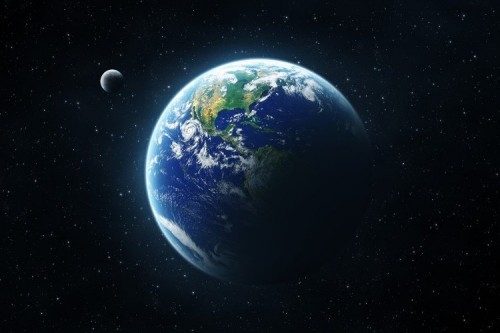 Therefore, in my speeches, I constantly raise the issue of environmenal safety, I call for a broad international discussion of the World Environmental Constitution. In fact, it was initiated by Ukraine at the United Nations.

S.V.: Thank you for the interview and for the inspiration! 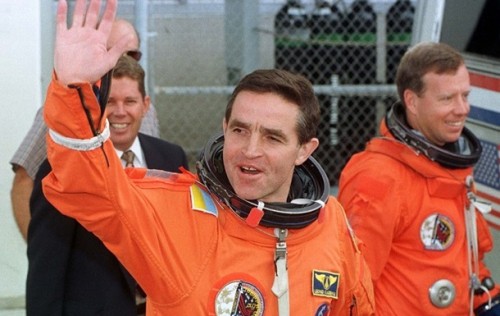 Leonid Kadenyuk: – See you at the Forum!