Home / World / Wildfires Rage Across Greece, Portugal and Corsica Battle on untamed in

Wildfires Rage Across Greece, Portugal and Corsica Battle on untamed in

Shares
Hot and dry weather caused wildfires across southern Europe on Sunday as firefighters in Greece, Portugal and the French island of Corsica struggled to put out the blaze. 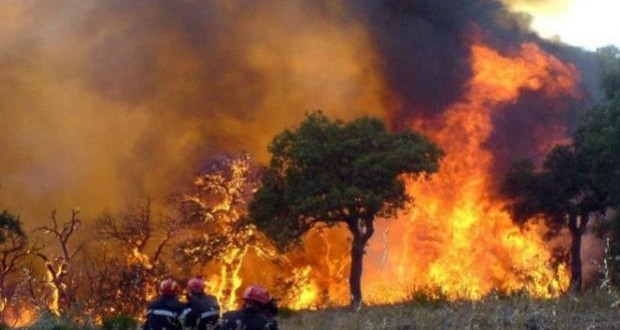 Greek authorities voiced suspicions that at least some of the several dozen fires that broke out on both the mainland and the island of Zakynthos over the weekend were started deliberately, according to CTV News.

Over 4,000 firefighters were battling more than 250 wildfires in Portugal, which requested assistance from other European Union nations.

The latest blaze in Greece started Sunday afternoon in a pine forest and had damaged as many as 20 houses by night in a town north of the capital. Kalamos, a town some 44 km (27 miles) north of Athens, is a favourite vacation spot for Athenians.

Authorities said they have shut down a large portion of the local road network as the blaze expanded in several directions, including toward Athens. They also evacuated two children’s campgrounds.

Authorities believe a series of fires raging on several fronts on the western Greek island of Zakynthos were started deliberately.

The country’s fire service said there were “well-founded suspicions of foul play” after five fires broke out late Saturday and early Sunday, followed by another three later on Sunday morning.

As forecasts promise more hot and dry days ahead, the Portugal’s government requested other European countries for help.

Portugal has been especially hard hit by wildfires, including one that killed dozens in June, during a summer marked by high temperatures and a lack of rain.

The EU’s Emergency Management Service said the amount of forestland blackened in Portugal as of Aug. 5 was about five times larger than the average recorded in the country between 2008 and 2016.

In southern France, fierce flames have ravaged some 2,100 hectares (5,190 acres) of land since Thursday — with 2,000 hectares (4,940 acres) burned in Corsica alone. Fortunately, there have been no casualties from the fires thanks to the efforts by 1,200 firefighters and the air teams that carried out 300 water drops in 24 hours, but about a thousand residents and tourists have been evacuated.