Shares
Microsoft co-founder Paul Allen confirmed in a tweet on Saturday that the wreckage of USS Indianapolis which went missing on July 30, 1945 was found on the floor of the Philippine Sea. 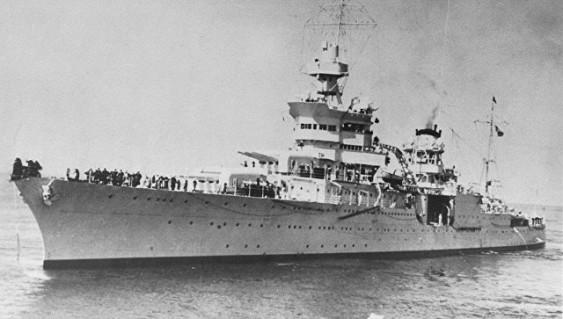 A team of civilian researchers led by Microsoft co-founder Paul Allen discovered the cruiser’s wreckage Friday on the floor of the Pacific Ocean, 18,000 feet below the surface. The discovery brings a measure of closure to one of most tragic maritime disasters in US naval history, according to CNN.

We’ve located wreckage of USS Indianapolis in Philippine Sea at 5500m below the sea. ’35’ on hull 1st confirmation: https://t.co/V29TLj1Ba4 pic.twitter.com/y5S7AU6OEl

“To be able to honor the brave men of the USS Indianapolis and their families through the discovery of a ship that played such a significant role in ending World War II is truly humbling,” Allen said in a statement. “As Americans, we all owe a debt of gratitude to the crew for their courage, persistence and sacrifice in the face of horrendous circumstances. While our search for the rest of the wreckage will continue, I hope everyone connected to this historic ship will feel some measure of closure at this discovery so long in coming.”

The heavy cruiser, carrying 1,197 sailors and Marines, was torpedoed by a Japanese submarine while sailing back to the Philippines after delivering components for “Little Boy,” the atomic bomb that helped end World War II. It took only 12 minutes to sink, according to IndyStar.

While 900 crewmen made it through the initial sinking, only 316 survived to be rescued when help arrived five days later on Aug. 2, 1945. Many had died of exposure or thirst, drowned or were attacked by sharks.

Families of those aboard the ship found out about the deaths of their loved ones just as the rest of the country was celebrating the conclusion of World War II.