Home / World / CosmoHack and the Land of Strings

CosmoHack and the Land of Strings

Shares
Cities of the future, Martian gardens, cybersecurity and cloud apps coming to the CosmoHack 2017 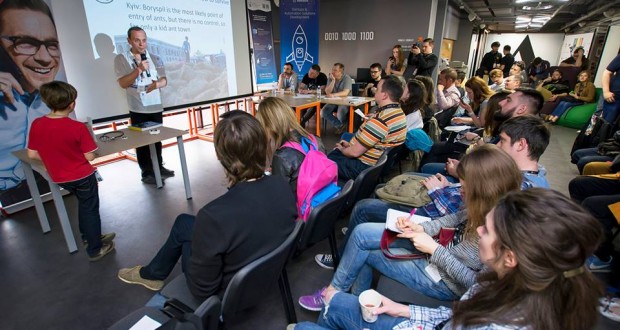 The first CosmoHack anti-hackathon in the world is coming! Many ideas and projects have been submitted to the jury, but people continue to ask what sort of applications are expected. Joinfo asked UkraineIS Chairman Sergiy Vakarin to explain in more detail what would be expected from the applicants.

Joinfo: Recently you described ideas and projects that can be submitted. How is the CosmoHack 2017 preparation going?

Sergiy Vakarin: We the organizers and our distinguished jury, which includes our first astronaut Leonid Kadenyuk  and Canadian information scientist and futurist Irina Sevbo-Biletska are working very hard. When I coined the term CosmoHack for our anti-hackathon, I could not anticipate how popular it may become.

Joinfo: What are the topics of the works received by the CosmoHack organizers? Where are they coming from?

Sergiy Vakarin: CosmoHack has already drawn attention from different continents. Most applicants so far are from the USA, Canada, the EU and Ukraine, Most Ukrainians proposed various ideas or early-stage startups to be brainstormed during the Space and Future Forum, while the Western participants more often offer their projects to be used as a basis for new insights. Topics are quite various – from cities of the future and Martian gardens to cybersecurity and cloud apps for education. 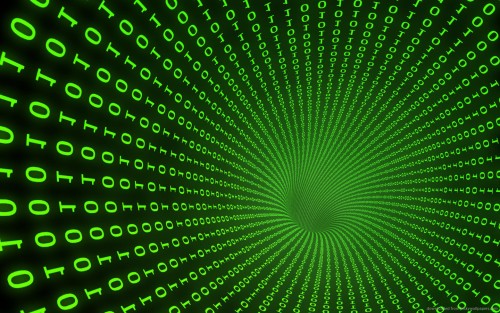 Joinfo: Are there specific examples of very good works?

Sergiy Vakarin: We have received a project proposal to reinvent early education that could enable inclusion of complex subjects such as modern physics. Masha (Maria) Beletsky from Semiahmoo Secondary School Surrey BC in Vancouver has submitted her fairy-tale that explains various string theory concepts to young kids in a simple form. Her scientific consultant and editor is Irina Sevbo-Biletska. We have her permission to publish it, so enjoy its first part! And see you at the International Youth Space and Future Forum! 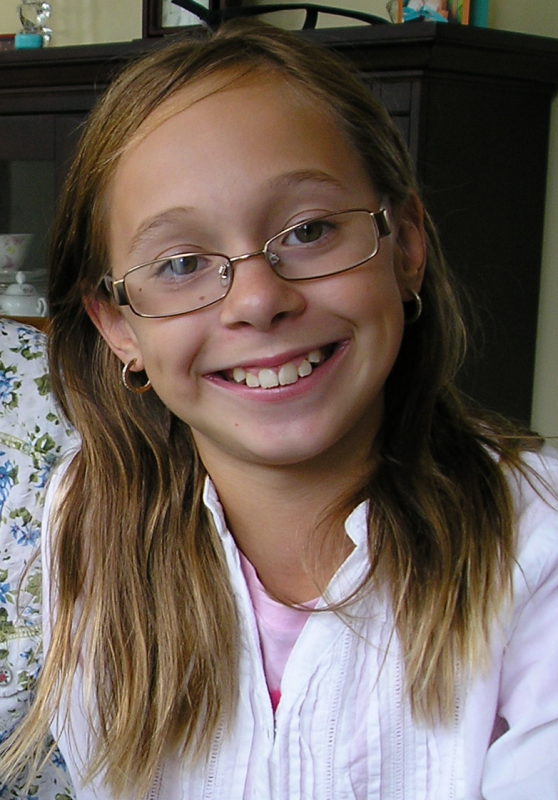 The Land of Strings 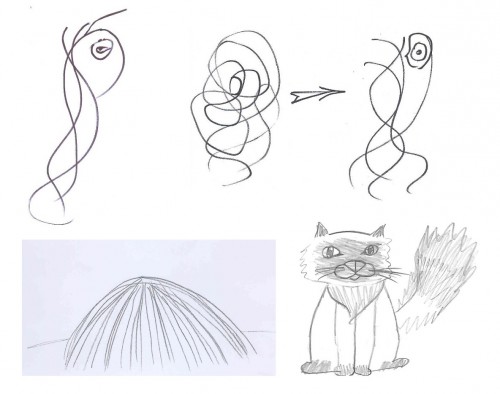 The land of strings is invisible, but it is as real as the world we can see. It exists at the same time as our world, and IN it. The land of strings is a different dimension. Just think… right here, right now, there’s not only us, but thousands of other living things which are sewn out of tiny, thin, with no other word to describe, strings. The strings are made out of a strange mixture of rays of light and rippling air. These strings intertwine, move, and vibrate, and out of this movement emerges… WHO? Different kinds of strange String creatures. No, these are not elves: they are faster, and can fly with great speed wherever they want to get to. And they are not fairies either, though they have the same powers, and then some. Their land is not our land, even though it is intertwined in our world (in another dimension) and exists at the same time as it. Of course, it’s hard to understand, but sometimes it is possible to notice the innocent existence of these creatures – Stringings. Like the quiet sound of a faraway melody, like the soft breath of someone who is not quite there, but most importantly, the unexpected help that comes when you are deeply in need of it and are desperate. We are going to tell you what happens when these Stringings come too close, or perhaps go through us, to chase away sadness and sicknesses and even help save the world of an impending disaster.

Now listen. Once upon a time one no-good day Eevul broke out of Stringing jail. He had committed a disastrous crime in a close by galaxy. Don’t think that all Stringings are saints. Some go bad (though nobody knows why) — Eevul was one of them. While escaping, an artful and criminal plan had formed in Eevul’s mind. You are about to find out exactly just what it was.

He wanted to take over planet Earth and masterminded a diabolical scheme. By his nature, Eevul could not stand good hearts and kind souls. The very thoughts of them made him shiver. So first he was going to orchestrate a clever transformation of turning everything good in a person into wickedness, so that these minions would become his new army. As for the ones that withstood his power, it was only too easy to simply send them to Mars. No, another galaxy would be better.

Of course, you would think that the humans would be smart enough to ask the Stringings for help. Eevul saw through that too. He might have been wicked, but very clever. Alone, the Stringings would not be able to fight him off, they needed the help of the Master and Mastress. The Master and Mastress were the wisest creatures in the whole Universe and could easily ruin Eevul’s plans. He knew this, and he needed to get rid of them somehow. It would be easiest to kill them, but Stringings are immortal, so it would be impossible. He decided to send them far, far away. Then the Earthlings would be defenseless, and Eevul could take over in peace because without the Mastress and Master the Stringings had no connection to Earth. As for the fact that he could not kill the Master and Mastress, he just had to deal with it. He had to use his whole power to do so.

But there was one important thing that Eevul didn’t know. He didn’t know that on earth, there lived a professor who had studied Stringings and their land his whole life! His name was Ezra. And he wasn’t alone. He had searched for helpers with special abilities for a long time, as without them he couldn’t fight the forces of evil. In his search Ezra stumbled upon a shelter for homeless children and there he noticed a girl named Melissa. She was different from everyone else, and was a quiet girl who seemed to always be thinking of something. These thoughts were unworldly and strange. What did she know? What had she seen? The professor felt that these thoughts could help him in hard experiments. And he also knew perfectly well that Melissa would like his house because it had a strange and different air about it as well.

But when he brought the girl home, a shocking surprise awaited him. She took out of her pocket (which, by the way, was moving) a cute little kitten. He observed Ezra with enormous emerald eyes and said “Hi! Nice to meet you! My name is Miso, what’s yours?”

Melissa quickly explained everything. One wonderful day she had noticed Miso in her things, and then he had spoken to her. The girl hid the kitten because if the owners of the shelter found out about him they would have sent her new friend to the circus, where he would unquestionably perish.

Ezra knew from the Stringing news… yes, there is a Stringing newspaper, but how, when there is no paper or letters? Like everything in the Land of Strings, their newspapers are made out of strings different length that intertwine and vibrate. In the string world, there is an infinite number of connections and knots which make up all the objects and even things you think up or dream of. 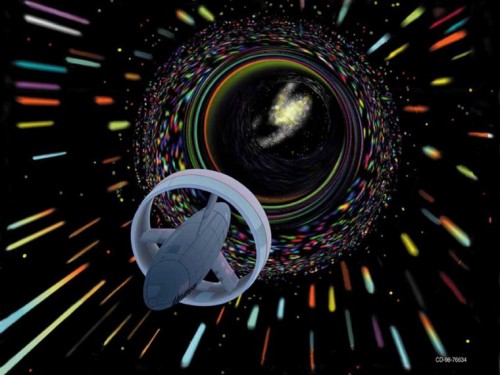 And so, Ezra learned from Stringing newspapers that a prisoner named Eevul, an evildoer as wicked as his name suggested, had escaped prison. Of course, he didn’t know the plan, but guessed that sooner or later Eevul would arrive on Earth. Ezra was one of the few humans who owned the skill to create from his thoughts and intentions different constructions of strings. So, he made a refuge for himself, Melissa, and Miso, out of strings made of good, kind vibrations and invisibly small knots of matter. In this shelter the three friends could hide from Eevul because only a person thinking kind thoughts could have any possibility of entering, and Eevul’s thoughts were anything but kind. And that is how our story starts…