Home / World / Space, Future and the Theory of Everything

Space, Future and the Theory of Everything 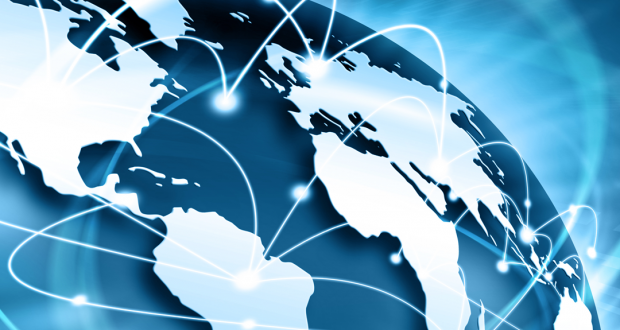 On October 3-5, 2017 the International Youth Space and Future Forum will take place in Kyiv, Ukraine. We have already started introductions of the Forum speakers in an interview with Leonid Kadenyuk, the first astronaut of independent Ukraine, Canadian Ukrainian computer linguist, information scientist and futurist Irina Sevbo-Biletska, sustainability expert Miguel Reynolds Brandao and asteroid explorer Rick Tumlinson. Also, NASA engineer Omar Hatamleh shared his ideas with UkraineIS, and Sergiy Vakarin described multiple meanings of the space concept that can be relevant for the CosmoHack 2017. In an exclusive interview with Joinfo UkraineIS Chairman Sergiy Vakarin discusses space research and its applications.
Joinfo: The Space and Future Forum promises new cooperation in the space as an integration platform of the future. Can Kyiv at this point of time become a new international cooperation hub?
Sergiy Vakarin: For a long time, Kyiv Rus and then Ukraine has been at the crossing of civilizations: first as the center of trade between the North and the South – ancient Nordic people and Greece/Byzantine Empire. Then for a long time it was the battlefield between the East and the West, and now Ukraine is an independent state. So we have wisdom of the North, the South, the East and the West – who can be in a better position to offer the starting point for the new global platform?
Joinfo: And why have you decided to co-organize the Forum?
Sergiy Vakarin: UkraineIS involvement in aerospace is already significant. It includes such milestones as our own events like UAtronica-Industry 4.0 conference with its focus on aerospace industries, preparation of and participation in international aerospace agreements. We organize and participate in international events and contests such as NASA Space Apps Challenge. Space Apps cover a wide spectrum of human knowledge, and I thought: the time of people with encyclopedic knowledge has probably gone but good teams can handle theoretically unlimited sets of knowledge. So time has come for a completely new model of brainstorming that would encompass modern knowledge. That is where the CosmoHack model can be applied! 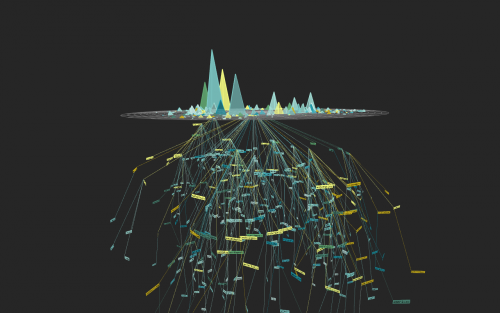 Now look at the cyberspace… this is especially interesting as here we have all sorts of information in a huge pseudo-spatial environment (virtual space). It is a very interesting model of the Universe, a model in which all interactions can (potentially) occur at the speed of light. And when you think about texts – it has long been known that they have their own life, and this can be explained by the fact that any text is information in a space dimension.
Joinfo: Have you applied this research?
Sergiy Vakarin: Together with Irina Sevbo-Biletska and Vitaliy Nebylitsa, we researched textual information and user behavior and developed our AuthorWeb approach. It requires significant computing power and additional research so its time is coming only now with the promises of the quantum computing. In fact, many search engines already tried to implement an “AuthorWeb-light” – a search-as-you-type function. But their approach, in particular the database design, was very rough, and as a result they gave up. Maybe now they will finally have a serious look at our ideas. 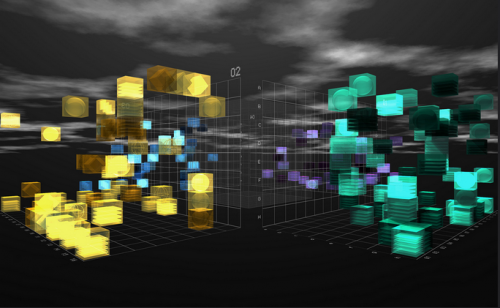 Joinfo: Why did you get involved in space topics in the first place?
Sergiy Vakarin: Not only because of my interest in space. I researched space, starting from a hypothesis that matter is part of the notion of space but at the same time we know that time and space are closely correlated (as are matter and energy). When I tried, as an information scientist, to analyze which notion could be the source for the Theory of Everything,  I came to a conclusion that we should try and describe the whole Universe as Infospace, and my hypothesis is that consciousness transcends both information and space. So remember this word: Infospace! 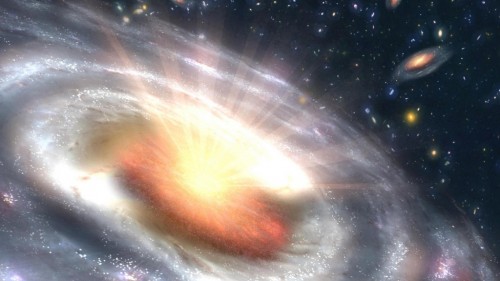 Joinfo: We also hear a lot from modern physicists about dark matter and energy, anti-matter etc…
Sergiy Vakarin: It is interesting that many meditation practices are used to feel the “emptiness” inside yourself, which suddenly starts to manifest itself as some “living” substance. I have a hypothesis that can explain this phenomenon: you can reach the state when you “feel” the dark matter/energy. Well, if conventional and “dark” substances share the same space, and we consist of both, it can explain many contradictions as well as our feelings. Even though some of these things are very difficult to research, there are fascinating mathematical models that describe them and eliminate contradictions of previous physical models. Many parallels can be analyzed between dichotomies like good/evil and matter/anti-matter etc. But the important conclusion is that all of this is information in space. 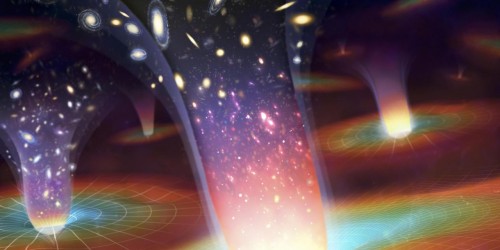 Joinfo: In media we always deal with information, space and time.

Sergiy Vakarin: Space research has a number of other applications – for example we are building Ukraine as a country from scratch in many ways, and it is a unique experience. How do we rebuild its infrastructure in a systemic way? How should we build its government, its finance etc? In fact, in my Masters dissertation at the University of Manchester I researched national geospatial frameworks and it was used to determine new geospatial standards for Ukraine. One of my research topics in Manchester was the new system for the Treasury of Ukraine that was built from scratch, and I was researching the functions of the government, including e-government, at the Institute of the State and Law of Ukraine and published a series of articles on the topic. 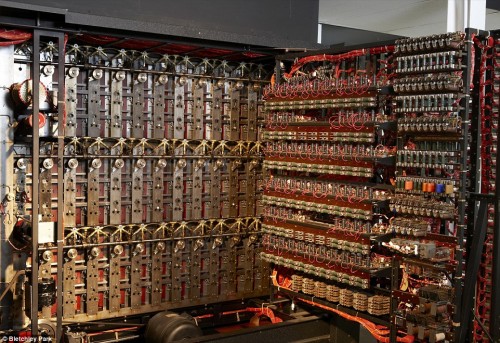 Works of Alan Turing, famous professor of the University of Manchester, inspired me to do all that research. International Turing Award that bears his name is often referred to as the Nobel Prize of Computing.
Irina Sevbo-Biletska Sergiy Vakarin Space and Future Forum UAtronica-Industry 4.0 Ukraine UkraineIs Vitaliy Nebylitsa 2017-09-25
Nataly