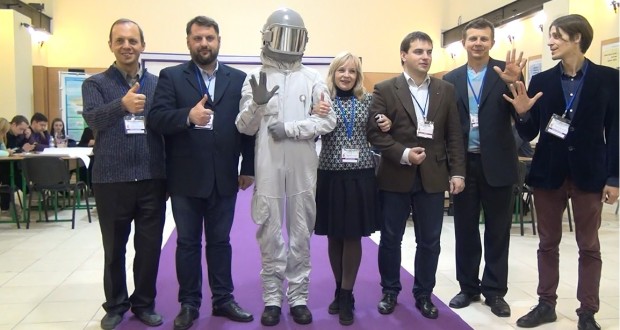 The world’s first CosmoHack started at Sikorsky Challenge premises where young enthusiasts worked in Teams of the Future on research and applied project proposals.

Within the framework of the Forum, the Beginning of the Space Era Round Table was held in KPI. It was dedicated to the first artificial Earth satellite (Sputnik) launch from the Baikonur Cosmodrome on October 4, 1957. Thematic panels of the Forum continued at the Great Physical Auditorium. 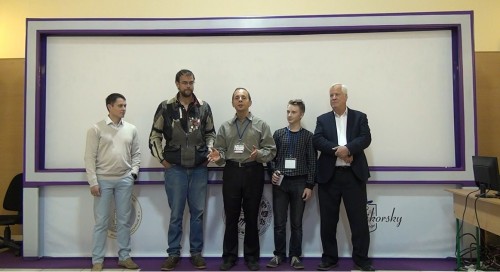 The third day of the Forum began with the opening of the renewed Kyiv Planetarium and presentation by Leonid Kadenyuk of his book “Mission Space”. The participants had a unique opportunity to receive a book signed by the astronaut himself.

The CosmoHack, which was conducted by Sergiy Vakarin and Andriy Miroshnychenko, continued at the Star Hall of the Planetarium. Since the time for preparation of projects was limited, both ready-made projects as well as those that were formulated at the CosmoHack were admitted for participation and the presentations. These projects included space settlements, 3d -printed rockets, sound waves in outer space research, unique art projects and much more.

To assess the level of preparedness of existing projects, a jury was formed including Leonid Kadenyuk, Cyrus Haghighi, Scientific Secretary of the Board of the Knowledge Society of Ukraine Vasyl Vasylashko, senior lecturer of the Department of Criminalistics of the Belarus State University Yaroslav Kot, as well as a Kyiv high school student Maksym Palladin, descendant of Academician Palladin. After the speeches, Yaroslav Kot named the teams with most well-prepared projects – according to the majority of the jury, they included the Pivdenne Bureau’s team and the international Space Village team. Cyrus Haghighi noted that many teams needed to improve their presentation skills. In addition, it is important to strike the balance of speeches and visual materials taking into account the time limit – although this requires more time, which many participants did not have. 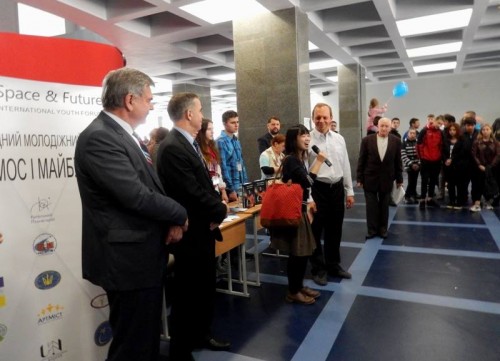 Sergiy Vakarin emphasized the importance of the CosmoHack principles. The goal of the two-day work was not just to take part with the finished projects, but to develop new project proposals. The international team on the Future of High-tech and Education (Oleksiy Planida, Maria Beletski and Boris Godlevsky) was awarded the grand prize from the organizer UkraineIS with UAH 5000 cash award for initial project development. The team received the prize for the most promising project that was developed directly at the CosmoHack. Although CosmoHack was not really designed as a competition but rather as a platform for the birth of projects. The most interesting proposals were noticed by philanthropists and sponsors. 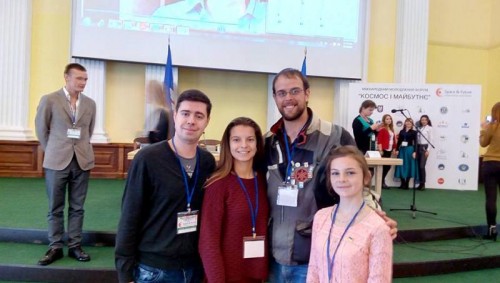 The Cosmohack teams received memorable gifts. Oles Berdnyk’s daughter presented copies of the writer’s book to the team members, and Sergiy Vakarin presented the jubilee edition of the New Generation Wins dedicated to the anniversary of Ukraine’s independence. 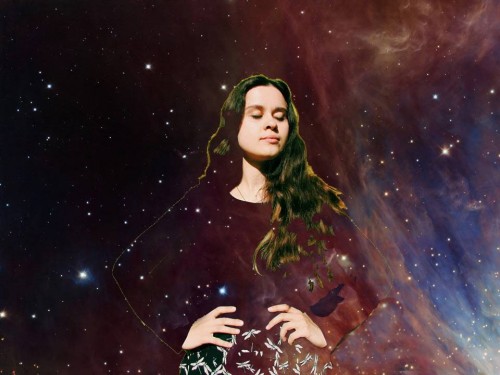 Sergiy Yatskov summed up the CosmoHack outcomes. He noted that from the point of view of the organizers, all the teams did a very good job. It is very important that so many teams of different ages, with different backgrounds, but united by their space passion, joined the CosmoHack. 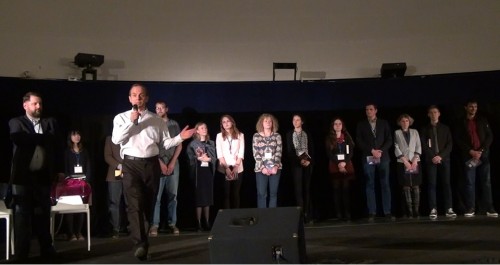 The participants thanked the Honorary President Of the Forum Leonid Kadenyuk, Umako Suzirya Chairman Oleg Petrov and the organizers – Sergiy Yatskov, Sergiy Vakarin, Svitlana Oleksienko, Andrii Miroshnychenko, as well as Tatyana Shramko and Olena Dyba, for their tremendous efforts to implement the all-encompassing program of the Forum.

The Forum finished with demonstration of a film about life and scientific research in Antarctica with participation of Monty Myrtle, which won victories at international festivals, and a festive concert.