The Cygnus cargo spacecraft of Orbital ATK was installed on the International Space Station on November 14. Antares rocket launched Cygnus spacecraft on November 12. The launch was in initially planned for September but was rescheduled several times.

Antares is a two-stage rocket, and the liquid-fuelled first stage was developed and produced in Ukraine by Pivdenne (Yuzhnoye) Design Bureau and Pivdenmash plant. It was derived from the first stage of Zenit rocket.This mission carried more than 3300 kilograms of cargo to the Station – the heaviest payload so far for Antares. 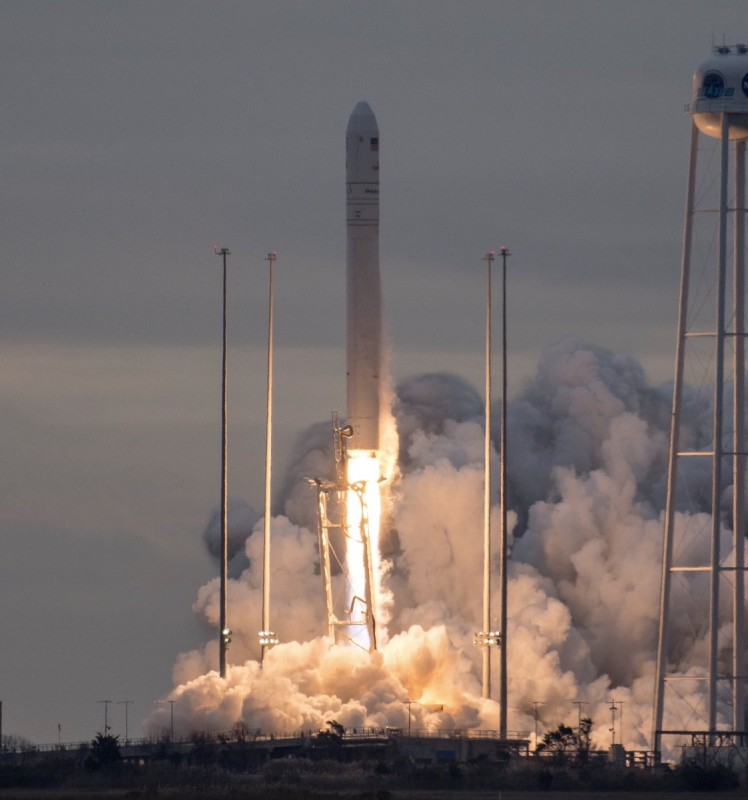 Upon arrival Cygnus was grappled by astronauts Randy Bresnik and Paolo Nespoli, who used the Station’s robotic arm. Last month Randy Bresnik had a Skype call with Ukraine in which Space and Future Forum co-organizer Sergiy Vakarin (UkraineIS) participated. 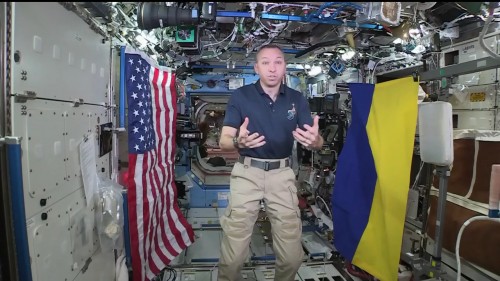 This is a true success and a good time to tell about  Pivdenne Design Bureau and its future-looking work that was presented at the Space and Future Forum during a panel moderated by Sergiy Yatskov.

Roman Mykhalchyshyn told about the engines of Pivdenne that have confirmed their reliability in the numerous rocket launches. New advanced models of engines are currently undergoing final tests. In the long run, Pivdenne, like other world-class developers, is planning to produce fundamentally new models of engines. 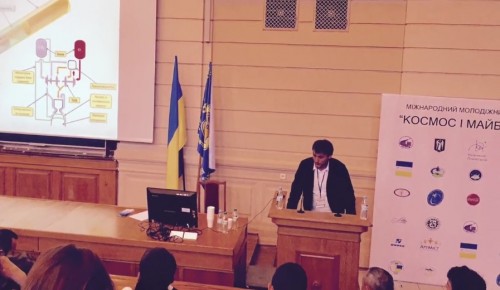 A promising class of engines will work on methane – they will be more reliable, environmentally friendly, will increase the payload and open up new opportunities for multiple space systems. A very interesting concept is the potential combination of airplane and rocket engines. At the beginning, such an engine would use air, and later switch to its “own” oxygen. This approach significantly reduces the tank size of the of the fuel module, allows horizontal take-off and landing, and also safe return to the ground. As for interplanetary flights, there is a class of engines that can efficiently carry out such travel – for example, ionic engines. The problem is their low thrust, so the flight would take years, but probably it would be possible to solve it by developing large ionic engines. The most promising engines use thermonuclear fusion, but their testing is problematic from the point of view of environmental safety.

Fedir Palyamar told about the future of space technology and Ukraine’s capabilities. Any modern space rocket system includes rather expensive ground equipment and requires large exclusion zones for the fall of rocket parts. In Ukraine, it is difficult to find sites for the exclusion zone as there are no free territories. Aerospace rocket systems are an alternative, where the launch of a carrier rocket is carried out from an air launch platform, for example, an airplane. 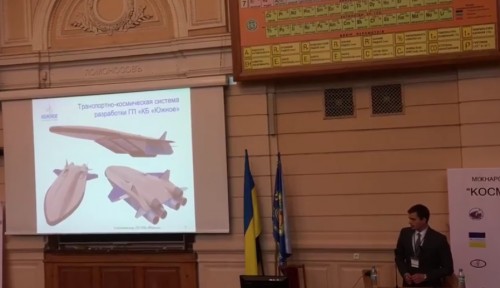 The launch can be performed in any part of the world and in any direction, with the rocket already having an initial speed and height. Pivdenne has developed several projects of such systems – the Svityaz aerospace rocket complex (ASRC)on the basis of AN-225, systems on the basis of AN-124, European planes A-400M and A310, as well as supersonic planes – Su-27, F15 etc. Currently, there is a tendency in the world to develop specialized aircraft for ASRC. Pivdenne designed an unmanned space transport system.

There are also projects of multiple single-stage missiles, which do not require an exclusion zone, but they require fundamentally new engines. Such projects provide opportunities for the rapid launch of cargo into orbit, which can be of particular interest to individual customers.

Other representatives of the Pivdenne outlined the medium-term prospects for space exploration.

Oleksiy Ponomaryov spoke about the development of the Moon base project, which is the most likely direction for the space industry. The base would take decades and efforts of many countries to build. The first stage is preparatory, which includes the study of the Moon and creation of the Earth-Moon-Earth space transport system and elements of the infrastructure of the base – energy blocks, lunar transport, etc. At the second stage, the minimum configuration base is constructed: the gateway module and the housing module. At the third stage additional modules are added and the site for production is being prepared. Production begins at the fourth stage – resources are produced for the needs of the base and for transportation to the Earth. A permanent base at the fifth stage will provide, in addition to production, scientific research and space tourism.

What kind of fuel can a lunar base use? Oksana Prontsevych told about Helium-3 – a new environmentally friendly and safe fuel for and space rocket technology and described the technology for its production. Helium-3 is practically absent on Earth, but on the Moon its stock is 500 million tons.

Maria Kuznetsova spoke about the participation of the Pivdenne leadership in the work of the International Federation of Astronautics (IAF) and efforts to involve young people and startups in the work of large space companies. For this purpose, IAF-Connect Internet platform was launched.

Presentation of Pivdenne at the Space and Future Forum was the largest in the recent years and showed that Ukraine has state-of-the-art space technologies and world class experts. The latest Antares success has become yet another confirmation of Ukraine’s status as the space nation.